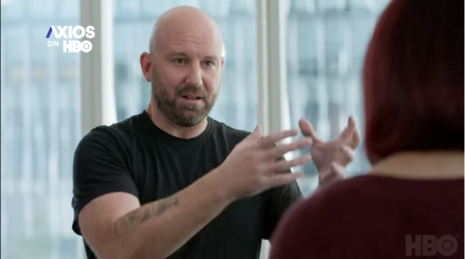 Veteran Facebook executive Andrew Bosworth told Axios, “If your democracy can’t tolerate the speech of people, I’m not sure what kind of democracy it is … [Facebook is] a fundamentally democratic technology.” This is paradoxical considering how much Facebook has engaged in biased censorship in the past year.

Bosworth has been leader for Facebook’s hardware efforts and will soon be CTO of Meta, Facebook’s parent company, according to Axios. Bosworth’s Facebook page says that he is “VP of AR/VR,” or augmented reality/virtual reality, at Facebook App. The Axios interviewer pressed Bosworth aggressively on how free speech, or alleged “misinformation,” on Facebook makes “democracy … less healthy,” and puts people at risk. “If your democracy can’t tolerate the speech of people, I’m not sure what kind of democracy it is,” Bosworth responded. He added, “I do believe in giving people more access to information.”

The Axios interviewer was not satisfied. “I don’t feel better that COVID is worse in our country because of the spread of misinformation, some of which is happening on Facebook.” Bosworth consistently responded with pro-free speech rhetoric. What is striking about Bosworth’s take on Facebook, and his seeming opposition to the severe restrictions on free speech proposed by his interviewer, is that MRC Free Speech America has found that Facebook has consistently engaged in biased censorship of speech on its platform.

MRC Free Speech America gave Facebook a “F” for Online Freedom and Free Speech on its most recent Big Tech report card. Facebook also received a “F” for Free Speech in the first and second Big Tech report cards from earlier this year. Among Facebook’s most egregious violations of free speech were suspending former President Donald Trump, removing over 20 million COVID-19-related posts, and de-platforming a pro-Israel page with millions of followers after an “Islamic” attack.

Bosworth told Axios, “Individual humans are the ones who choose to believe or not believe a thing. They are the ones who choose to share or not share a thing.” The Facebook executive added, “I don't feel comfortable at all saying they don't have a voice because I don't like what they said.” Agreed, Facebook should not be the arbiter of free speech. Unfortunately, Facebook far more often follows the Axios interviewer’s advised course of censorship than it follows Bosworth’s seemingly insincere course of allowing democratic exchange of ideas and opinions online.