J.K. Rowling Says She Was Doxxed on Twitter for Not Agreeing with Left’s Gender Ideology

“I’ve now received so many death threats I could paper the house with them, and I haven’t stopped speaking out,” Harry Potter author J.K. Rowling said. The renowned author said she has been doxxed on Twitter for not agreeing with the left’s narrative on gender and sexuality. 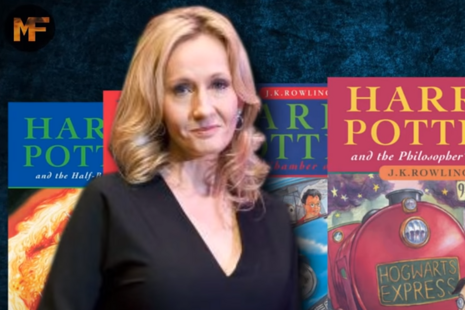 Some people may want to live in a fantasy world all the time, where people travel on broomsticks and men can become women. But not Rowling. She said in a tweet thread that her home address had been shared on Twitter by three “activist actors” who allegedly deliberately photographed themselves in front of her house so as to include the address. Rowling said she is not the only woman to be doxxed for not supporting the most extreme LGBTQ+ propaganda. These women “have been put into a state of fear and distress for no other reason than that they refuse to uncritically accept that the socio-political concept of gender identity should replace that of sex,” Rowling tweeted.

In the tweet thread, Rowling said she was doxxed. “Last Friday, my family’s address was posted on Twitter by three activist actors who took pictures of themselves in front of our house, carefully positioning themselves to ensure that our address was visible,” she tweeted. She thanked everyone who had reported the dox or taken action, including “@PoliceScotland,” the official account of Scotland’s police force. She also asked that any retweets of the images be removed by users.

Rowling said she had to assume the three “activist” actors “thought doxxing me would intimidate me out of speaking up for women’s sex-based rights.” The author signaled her refusal  to bend to such tactics: “Perhaps – and I’m just throwing this out there – the best way to prove your movement isn’t a threat to women, is to stop stalking, harassing and threatening us.”

Rowling has faced massive backlash since she commented on sexuality and gender on an opinion column about “people who menstruate.” Rowling has been a strong supporter of the LGBTQ+ movement but refused to admit that gender is purely subjective. “It isn’t hate to speak the truth,” the author said. The situation has sometimes escalated to the point that “trans activists” have reportedly threatened to “rape” and “assassinate” Rowling. The author has refused to back down, even when the actors who starred in movies based on her writing came out with statements tacitly endorsing radical transgenderism.

Conservatives are under attack. Contact Twitter at (415) 222-9670 and demand that Big Tech be held to account to mirror the First Amendment while providing an equal footing for conservatives. If you have been censored, contact us using CensorTrack’s contact form, and help us hold Big Tech accountable.