Hawley blasted Google in a Sept. 15 letter addressed to Google CEO Sundar Pichai for having a history of using “political considerations” in its decisions. Hawley cited two instances of the tech giant reportedly censoring ads from pro-life groups, including Live Action’s advertising. Recently, Missouri-based Choose Life Marketing, a pro-life organization, reportedly discovered that its ads were not being run on Google, even though the ads met Google’s requirements and were designated “eligible.” 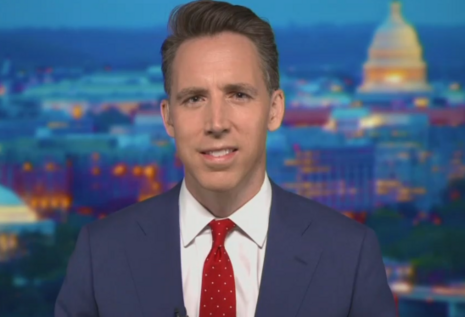 Hawley wrote that Google does not allow ads with “keywords related to getting an abortion” and Choose Life Marketing’s ads met this requirement. Yet, the pro-life ads were not allowed to run, according to Hawley.

Hawley said further that Google “appears to have taken a page out of the progressive left playbook and has started targeting pregnancy resource centers and pro-life activist organizations for disfavor.”

Choose Life Marketing assists pregnancy resource centers to meet “online marketing needs.” The firm helps centers run ads detailing women’s health services, “such as free pregnancy tests,” which the centers offer. Hawley said in his letter that Choose Life Marketing was “unable to obtain an explanation” from Google why its ads were disallowed.

Live Action President Lila Rose also spoke out on Google’s censorship. Rose said on Sept. 14 that her organization’s advertising was pulled with the excuse that they violated “Google Ads policy.” Rose stated that a Live Action ad about “Abortion Pill Reversal treatment” was running for more than four months on Google before getting banned. “Abortion activists knew the ads were making a difference, so they had Google shut them down,” Rose insisted.

“This would not be the first time that political considerations have influenced your company’s ad eligibility decisions,” Hawley wrote to Google. He also cited another instance of Google censoring conservatives: “Google threatened the conservative website The Federalist with removal from the Google Ads platform, based on the contents of its comments section.”

Hawley ended with a series of questions demanding transparency from Google about its ad policies and bias in relation to the abortion issue. Hawley also called Google out for reported “backlash” against its employees who are not “progressive.”

MRC Free Speech America reached out to Google for comment but has received no response as of the publishing of this piece.

Conservatives are under attack. Contact Google at (650) 253-000, or by mail at 1600 Amphitheatre Parkway Mountain View, CA 94043, and demand that the platform be held to account to mirror the First Amendment while providing transparency and equal footing for conservatives. If you have been censored, contact us at the Media Research Center contact form, and help us hold Big Tech accountable.