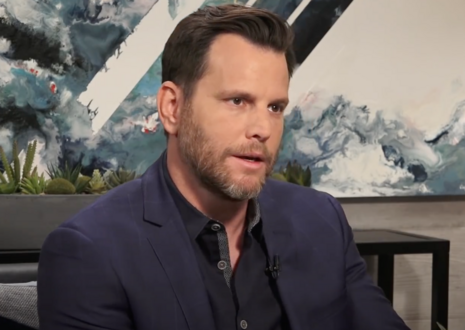 Critiquing the credibility of America’s measures to stop COVID-19 is one of Big Tech’s  ultimate taboos. Rubin was reportedly censored after posting a tweet claiming: “They want a federal vaccine mandate for vaccines which are clearly not working as promised just weeks ago. People are getting and transmitting Covid despite vax. Plus now they’re prepping us for booster shots. A sane society would take a pause. We do not live in a sane society.” Rubin is a former member of the notoriously left-wing Young Turks and is currently the host of his online show The Rubin Report.

The political commentator returned to Twitter to declare that “Twitter forced [me] to delete the tweet to get my account back.”  He then shared screenshots of “headlines from USA Today, WaPo and CNN confirming what [he] said.”

He announced later that Twitter claimed that it censored him in error. Rubin shared a screenshot of an email appearing to be from Twitter Support explaining “We have restored your account, and we apologize for any inconvenience this may have caused.”

Before Twitter recanted, however, there was a great deal of backlash for censoring Rubin in the first place.

Many commentators expressed contempt for Twitter’s censorship against Rubin for merely commenting on contradictory COVID-19 narratives.

“Everything @RubinReport said is true and that’s WHY he was suspended. When I’m in Congress I’ll do what must be done to stop these big tech tyrants,” filmmaker and congressional candidate Robby Starbuck (R-TN) explained in a tweet.

Conservative commentator and Parkland survivor Kyle Kashuv shared screenshots of Rubin’s deleted post and his notification from Twitter and commented: “Insanity. Twitter just locked out @RubinReport. Everything he said was 100% ACCURATE. Another instance of Democrats and Big Tech working hand in hand to censor political dissidents…”

“What sane person could see this tweet as a valid reason for @RubinReport to be kicked off Twitter for the day, and not a very stark warning that they’re just trying to hide the uncomfortable truth.

“Nothing was incorrect. No false info.

BlazeTV host Elijah Schaffer explained to his followers that “[p]opular host @RubinReport was suspended for sharing factual information about vaccines and infection rates.” He then cautioned his followers: “We’ve come to the point where these ‘private companies’ censor all info that disagrees with government narrative. When did leftists become corporate shills?”

Conservative lawyer Ron Coleman explained that Twitter censoring Rubin is not just an issue for one man, but for all of Twitter’s users:

“That's *not* how a business is run in a competitive market.