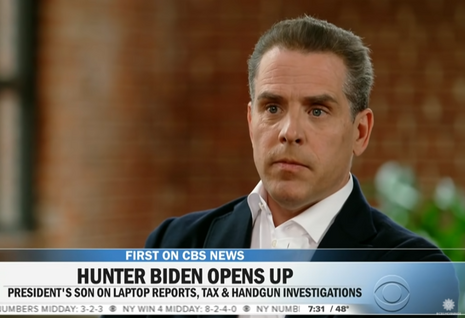 Facebook’s suppression broke the platform’s own fact-checking policy, and Twitter’s attempt to cancel the story so outrageously violated content moderation norms that it drew criticism from the likes of leftist Poynter Institute fact-checkers. Even then-Twitter CEO Jack Dorsey criticized his platform after the fact.

Under Facebook’s third-party fact-checker policy, the fact-checkers decide what content gets restricted. Facebook’s fact-checking partners, which are certified by the liberal Poynter Institute’s International Fact-Checking Network (IFCN), are supposed to flag Facebook posts found to be  “False,” “Altered,” “Missing Context,” or “Partly False.”

Twitter responded to the New York Post’s bombshell Hunter Biden report by disabling the link to the story on the day it was released, and claimed: “Warning: this link may be unsafe.” Twitter then restricted the Post account from Oct. 14 to Oct. 30.

Twitter’s action eventually prompted an admission of error by Dorsey during Senate questioning on Oct. 28, 2020. Twitter’s and Facebook’s joint suppression drew criticism from the brass of the fact-checking network that oversees Facebook’s fact-checking partners.

IFCN Associate Director Cristina Tardáguila wrote for the Poynter Institute, “Less than a month from Election Day, both companies finally became arbiters of the truth on the internet. Naive are those who believe this isn’t dangerous.”

Twitter limited the sharing of the Hunter laptop story and restricted the Post’s account for more than two weeks. The platform also muzzled several political influencers who tried to share the story.

Facebook “fact-checker” Lead Stories released at least 15 so-called “fact-checks” in direct support of Joe and Hunter Biden in the two weeks before the Nov. 3, 2020, Election Day. Those “fact-checks” sought to rebut claims of Hunter’s alleged drug use and alleged sexual misconduct, along with assertions that corporate media didn’t give the Hunter Biden story enough coverage.

The following is a more detailed timeline of how social media platforms suppressed the Hunter Biden story from Oct. 14, 2020, to today:

Oct. 14, 2020, 1 p.m.: Stone qualifies the censorship, stating: “This is part of our standard process to reduce the spread of misinformation." It isn’t, actually.

Oct. 16, 2020, 6:30 p.m.: Twitter lifts its ban on the Hunter Biden story. The New York Times sensationally reports congressional Republicans pressured the platform to do so.

Oct. 20-Nov. 3, 2020: Facebook fact-checking partner PolitiFact runs several favorable Hunter Biden-related fact-checks in the run-up to the election, and at least three related to his laptop.

Nov. 17, 2020: Big Tech CEOs go back to the Senate for another round of questioning. Much of the hearing focuses on Big Tech’s censorship of the Hunter Biden story.

April 6, 2021: A Snopes fact-check wrongly tags a social media post quoting Hunter Biden saying the laptop mentioned by the New York Post “could be” his as “misleading.”

Sept. 13, 2021: The Federal Election Commission determines Twitter’s actions to suppress the Hunter Biden laptop story were  “valid,” and not for a political purpose.

Conclusion: It all worked. Research conducted by The Polling Company for the Media Research Center after the 2020 election found that the media’s censorship of Biden scandals had a significant impact on the election. The survey found that 45.1% of Biden voters in seven key swing states said they were unaware of the financial scandal enveloping Biden and his son, Hunter. According to our poll, full awareness of the Hunter Biden scandal would have led 9.4% of Biden voters to abandon the Democratic candidate, flipping all six of the swing states he won to Trump, which would have given the former president 311 electoral votes.

It should be noted this study is looking at revelations that primarily stemmed from the laptop discovery. Stories on the investigation into Hunter’s tax affairs that pre-date the laptop story or later Hunter scandals like his art gallery deal were not included in this study sample.