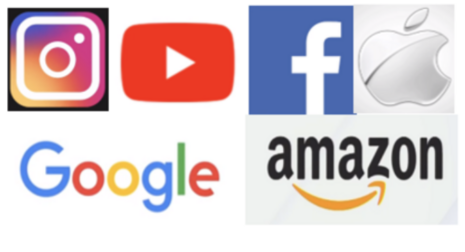 The 11th Circuit Court of Appeals ruled in favor of NetChoice and the Computer & Communications Industry Association (CCIA) and blocked part of the law. The internet groups represented TikTok, Amazon, Google, Facebook, and more.

The court was made up of three judges.

"We hold that it is substantially likely that social-media companies — even the biggest ones — are 'private actors' whose rights the First Amendment protects," Judge Kevin Newsom wrote in the unanimous opinion. Former President Donald Trump appointed Newsom.

"Put simply, with minor exceptions, the government can't tell a private person or entity what to say or how to say it," the judge added.

The judge also rejected the argument that social media platforms acted as “common carriers” and therefore had a greater responsibility to provide a platform for users.

“Social-media platforms have never acted like common carriers,” the judge wrote. “While it’s true that social-media platforms generally hold themselves open to all members of the public, they require users, as preconditions of access, to accept their terms of service and abide by their community standards."

NetChoice and CCIA were pleased with the 11th Circuit’s ruling.

“This ruling means platforms cannot be forced by the government to disseminate vile, abusive and extremist content under penalty of law. This is good news for internet users, the First Amendment and free speech in a democracy,” CCIA President Matt Schruers said in a statement. “We will continue to fight for the First Amendment rights of digital services to engage in the editorial judgments they need to make to protect their users."

Still, the court upheld part of the law.

The court ruled that social media platforms must allow de-platformed users to access data from their profile stored on the platform’s servers for at least 60 days.

Florida Attorney General Ashley Moody was “pleased” that the court upheld this part of the law.

“We are pleased the court recognized the state’s authority to rein in social media companies and upheld major portions of Florida’s law leading the way in doing so. We will continue to vigorously defend Florida’s authority to demand accountability from Big Tech,” she tweeted.