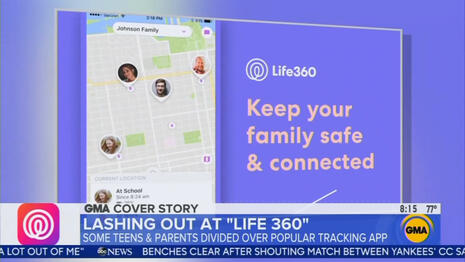 Life360, an app designed to help parents track the movements of their children, reportedly sells customers’ locations to data brokers.

According to its website, Life360 is used by 31 million members. The company’s privacy policy states that it sells “identifiers, Internet/Network information, Geolocation, Inferences, and Other personal information, including driving event and movement data” to third parties.

Chris Hulls, the CEO and Founder of Life360 told the Markup that company policy prevents the sale of customer information to the federal government.

“From a philosophical standpoint, we do not believe it is appropriate for government agencies to attempt to obtain data in the commercial market as a way to bypass an individual’s right to due process,” he said.

The former Life360 employees reportedly told the Daily Caller News Foundation that the company does not take adequate steps to protect user data.

“We are not aware of any instance where our data has been traced back to individuals via our data partners,” he said. “Furthermore, our contracts contain language specifically prohibiting any reidentification, and we would aggressively take action against any breach of this term.”

Some experts are concerned about the long-term effects such data sharing could have.

Justin Sherman, a cyber policy fellow at the Duke Tech Policy Lab, told the Markup that the transactions could have “unforeseen effects that may not be immediately obvious:”

“I’m sure there are lots of families who do find very real comfort in an application like this, and that’s valid. That doesn’t mean that there aren’t ways that other people are harmed with this data. It also doesn’t mean that the family couldn’t be harmed with the data in ways that they’re not aware of, such as that location data being used to target ads [or] used by insurance companies to figure out where they’re traveling and increase their rates.”