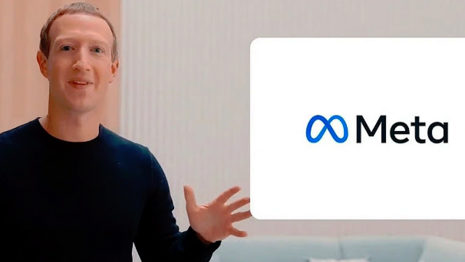 The accounts were reportedly primarily operated in the Gaza Strip and targeted “Palestinian territories,” according to The Post. The outlet further noted that “[t]he accounts primarily posted news stories, cartoons and memes in Arabic about current events in the region, including the postponed Palestinian election, criticism of Israeli defense policy, Fatah and Palestinian Authority President Mahmoud Abbas and supportive commentary about Hamas.”

The United States declared Hamas a foreign terrorist organization in 1997.

The pages were removed for what Meta calls “coordinated inauthentic behavior” (CIB) and had thousands of followers. Meta’s efforts were detailed in the company’s “Adversarial Threat Report” posted on Wednesday.

Meta reportedly said CIB has "coordinated efforts to manipulate public debate for a strategic goal where fake accounts are central to the operation." The Post notes that nearly $21,000 was spent on Facebook and Instagram ads, primarily in U.S. dollars.

Meta noted that some pages claimed to be operated by news sites in the West Bank, Israel and the Sinai Peninsula, according to The Post.

"The networks used different behaviors, but all have one thing in common — each actively coordinated to target people and abuse our systems," Meta wrote. "As we continue building our understanding of these emerging threats, we will keep sharing our findings with industry peers, independent researchers, law enforcement and policymakers - including on these new disruptions — so we can collectively improve our defenses. We welcome feedback from external experts as we refine our approaches."

One post provided by Meta cautioned against “alleged attempts by Israel to impersonate charities in order to gather information for operations and a post from the Palestine 21 news network,” according to The Post.

For its part, Twitter has been somewhat more reluctant to take action against accounts operated by terrorist organizations, although the platform removed accounts associated with Hamas and Hezbollah after numerous calls to do so.

Twitter initially distinguished between political and military factions of terrorist organizations, according to TechCrunch. In 2019, House members responded strongly and wrote to Twitter that “this distinction is not meaningful, nor is it widely shared. Hezbollah and Hamas are terrorist organizations as designated by the United States Government. Period.”

TechCrunch reported that the accounts in question were later suspended after a review.

“Twitter’s policy is to remove or terminate all accounts it identifies as owned or operated by, or directly affiliated with, any designated foreign terrorist association. If Twitter identifies an account as affiliated with Hamas or Hizballah [sic], Twitter’s policy is to terminate that account,” a Twitter spokesperson wrote to the House at the time.

The Twitter spokesperson added that “Twitter also takes significant steps to identify accounts that are not directly affiliated with a designated foreign terrorist organization but which nonetheless promote or support violent extremism.”