In the tweet Dorsey retweeted onto his own feed, a Twitter user going by “laney” shared a video of Ocasio-Cortez and added, “This is why Ocasio-Cortez won.” 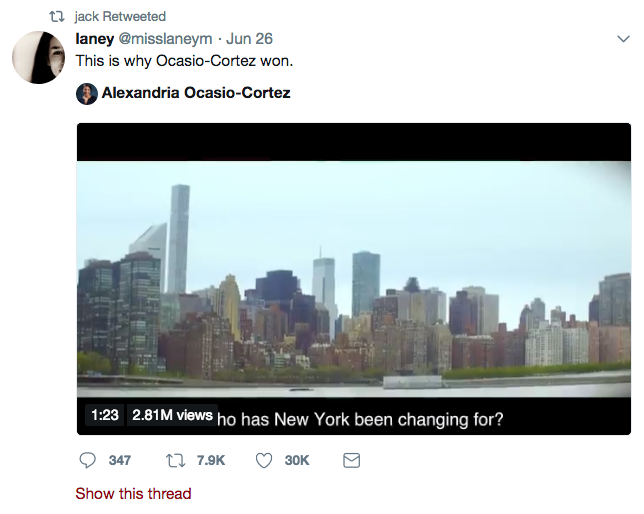 In the otherwise unremarkable ad that emphasized Ocasio-Cortez’s humble roots and connection to working people -- riding the subway, working a bake sale, speaking in a local church -- Ocasio-Cortez advocated for her socialist policies.

“This race is about people vs. money. We’ve got people, they’ve got money,” she said. “It’s time we acknowledge that not all Democrats are the same, that a Democrat who takes corporate money, profits off foreclosure, doesn’t live here, doesn’t send his kids to our schools, doesn’t drink our water or breathe our air, cannot possibly represent us. What the Bronx and Queens needs is Medicare-for-all, tuition-free public college, a federal jobs guarantee, and criminal justice reform.”

“The New York for the many is possible,” Ocasio-Cortez’s ad ended with, “It’s time for one of us.”

On her own Twitter page, Ocasio-Cortez boasts about her endorsements from the New York City Democratic Socialists of America and the Justice Democrats: 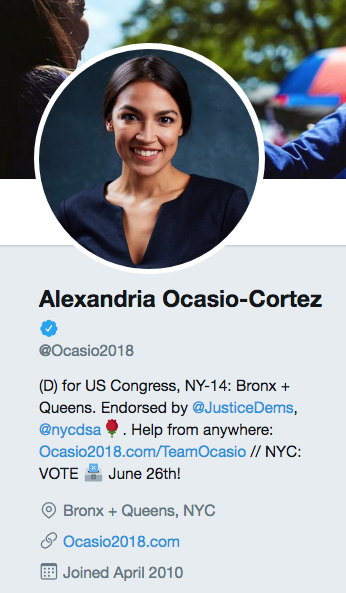 Despite the seeming endorsement of a candidate who is a Democratic Socialists of America activist and campaigns on a slogan of “people vs. money,” Forbes estimated Dorsey’s net worth at $4.6 billion as of June 28, 2018.