Life in the fantastical Silicon Valley bubble must be a liberal’s dream.

It should come as no surprise that Twitter’s CEO Jack Dorsey not only retweeted a bizarre article, “The Great Lesson of California in America’s New Civil War,” but also promoted it, calling it a “great read.” Written by former Wired magazine editor Peter Leyden and Center for American Progress’ Ruy Teixeira, the article stated that “Bipartisan cooperation simply can’t get done,” therefore,  the people must “reconfigure the political landscape.” 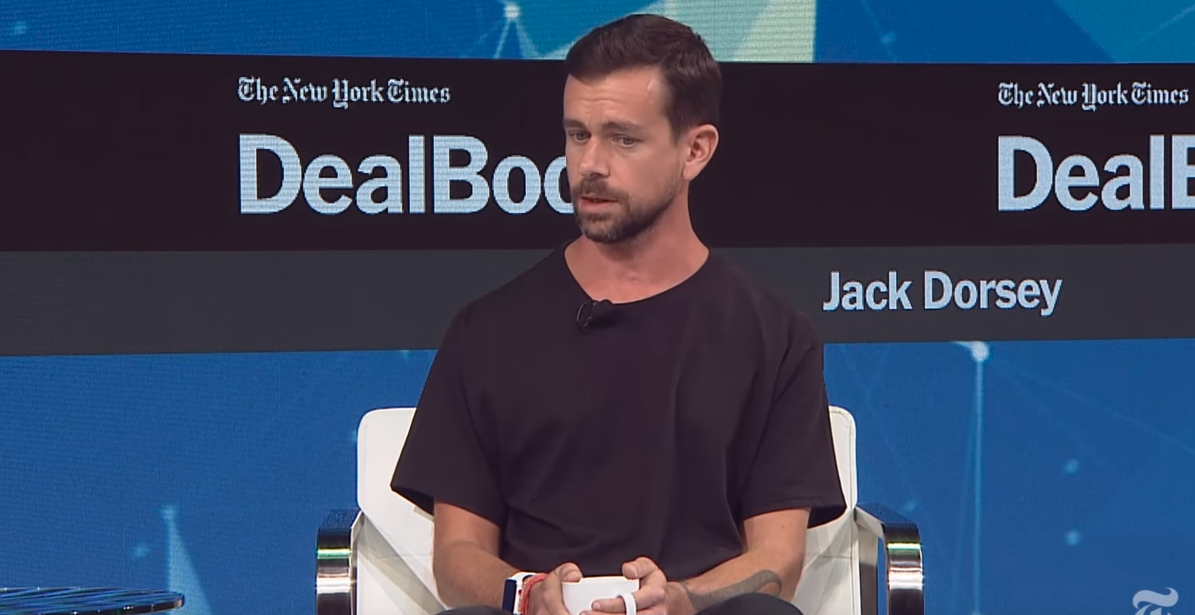 The authors of the piece, published on Medium, wrote:

“The side resisting change, usually the one most rooted in the past systems and incumbent interests, must be thoroughly defeated — not just for a political cycle or two, but for a generation or two.”

In case anyone was wondering about the identity of the “side resisting change,” Leyden and Teixeira identified it later in the article, calling the Republican Party “the bad guys on the wrong side of history.” A long litany of sins committed by conservatives were then listed, including “gin[ning] up racial divides,” “climate change denial,” and passing “a deeply flawed tax law.”

Ironically, the article also stated that Republicans catered to the “billionaires at the expense of working people.” Dorsey’s net worth, according to Forbes, is estimated at $3.4 billion. 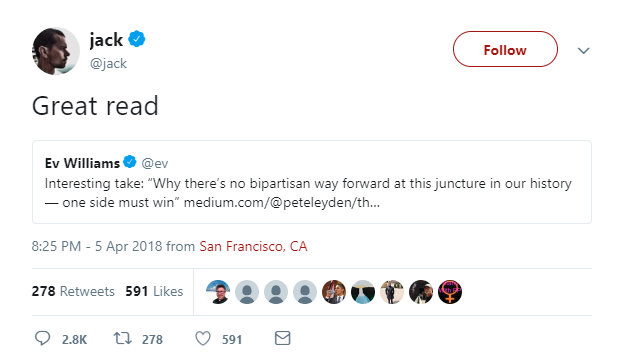 There’s no room for bipartisanship here, according to the article: “America can’t afford more political paralysis. One side or the other must win. This is a civil war that can be won without firing a shot.”

The authors then urge politicians to follow the example of the state of California, which apparently is a political paradise where the “economy is booming. . . the public is happy.”

It’s troubling that the CEO of Twitter found a reason to share an article which refers to the current state of affairs as “civil war” and calls for Democrats to win for the sake of progress.