Conservative commentator and Human Events host Jack Posobiec scorched ex-disinformation czar Nina Jankowicz in a recent episode of his podcast, alerting his audience to watch for her potential return to politics.

Jankowicz may have tried her hand at fame with embarrassing viral videos, but she has won infamy for being a potential despot. “So, she’s back. Nina Jankowicz, there she is. She’s back again,” Posobiec observed in a June 1 episode of the Human Events Daily with Jack Posobiec podcast. “She decided that she wanted to keep calling me out, so I guess I'm gonna have to keep an eye on her to make sure that she doesn’t come back in charge of any sort of-really anywhere near the federal government or any government.”

Posobiec skewered Jankowicz for one particularly absurd claim. “Nina Jankowicz is back, and she says that if we had had the Federal Ministry of Truth, right, this Disinformation Governance Board (DGB), that they could have stopped the Uvalde killer.” 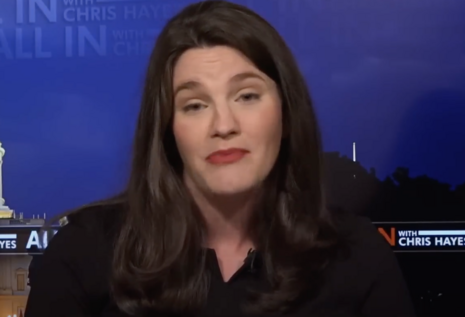 Posobiec quipped further that he would not want to see Jankowicz in charge of a Chuck E. Cheese. He suggested she should be “trying her hand at theater again.” Posobiec added that her former theatrical “fantasy fiction world” would be a “much more productive use of your time.”

Posobiec is not the only conservative leader to warn against a returning DGB.

Sen. Mike Crapo (R-ID) torched the Biden administration for creating the DGB, and vowed to work with fellow politicians to curb its influence.

IIn a May 30 press release, Crapo summarized how the Biden Department of Homeland Security’s unveiling of the DGB awakened conservatives to the administration’s totalitarian behavior:

“Thankfully, reports have since indicated that pressure from Republicans and others has resulted in DHS pausing the Disinformation Governance Board, and it should be closed for good. The bottom line is no matter what political party a person most aligns with, we must all ask ourselves ‘how would you feel if the person you distrust the most is in charge of policing information?’”