Sen. Mike Crapo (R-ID) torched the Biden administration for creating the Disinformation Governance Board, vowing to work with fellow politicians to curb its influence.

“Idahoans have been rightfully concerned with the Biden Administration’s brazen attempt to establish a federal propaganda panel under the guise of countering disinformation,” Crapo explained in a May 30 press release on his campaign website.

Crapo said he and his allies will go on the offensive against the Disinformation Governance Board (DGB). Sen. Jim Risch (R-ID) and Crapo co-sponsored legislation to “bar federal funds” for the DGB, including S. 4124, introduced by Sen. Tom Cotton (R-AR) and S. 4164, introduced by Sen. Rand Paul (R-KY). Risch and Crapo also backed efforts to expedite the bills’ consideration in the Senate, Crapo wrote. 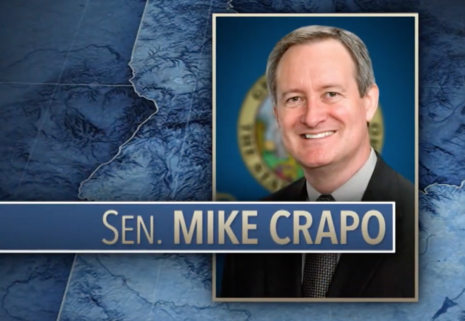 The senator explained further that “We have also urged Senate appropriators to prohibit funding in this year's annual appropriation process.” Crapo said Biden administration tactics won’t fool him and his coalition.  “While DHS has promised the board will ‘protect privacy, civil rights, and civil liberties,’ we do not take solace in words alone,” Crapo wrote. “A fine line exists between tackling misinformation and government censorship.”

In a scathing rebuke, Crapo summarized precisely how the Biden DHS’s unveiling of the DGB has awakened conservatives to the administration’s totalitarian behavior:

Thankfully, reports have since indicated that pressure from Republicans and others has resulted in DHS pausing the Disinformation Governance Board, and it should be closed for good. The bottom line is no matter what political party a person most aligns with, we must all ask ourselves “how would you feel if the person you distrust the most is in charge of policing information?”

Crapo also slammed the DHS for releasing a “fact sheet” with “efforts” the department would take to supposedly build trust. Crapo suggested that the “conspicuously missing essential step” would be “quickly dismantling the Disinformation Governance Board and instead working across all federal agencies to share clear, direct information with the American public on all issues.”