Could this be the scandal that shakes up America’s electoral integrity? “A 2020 election integrity probe in Wisconsin reported findings Tuesday that a nonprofit group funded by Facebook founder Mark Zuckerberg committed election bribery when it targeted $8.8 million in get-out-the-vote funds to five heavily Democratic jurisdictions,” The Washington Times reported March 2. “The report details a ‘bribery scheme’ implemented by the Chicago-based Center for Tech and Civic Life, a liberal voter advocacy group heavily funded by Mr. Zuckerberg.”

In addition, “As part of the agreement with CTCL, the cities were provided an additional $216,000 to set up ballot drop boxes in ‘targeted neighborhoods,’ which was in violation of Wisconsin law,” noted The Washington Times, citing the election report by the Wisconsin Office of the Special Counsel. 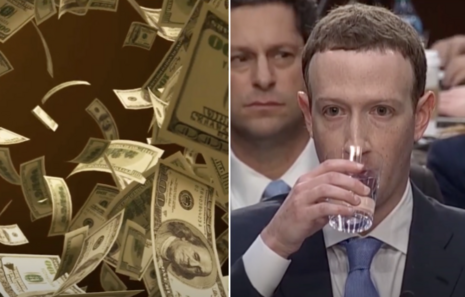 The report’s findings, if true, implicate that “Election officials in the five jurisdictions, the report found, may have broken the law ‘by not treating all voters the same in the same election … a bedrock of principle of election law.’”

The article summarized the report’s findings in that Zuckerberg-funded grants of money or “Zuck Bucks” were allegedly used to push a political agenda:

In the run-up to the 2020 election, the CTCL allocated Zuckerberg-funded grants, which became known as “Zuck Bucks,” to government officials in Wisconsin to help increase absentee and in-person voting. But the money was only funneled to five heavily Democratic areas: Milwaukee, Madison, Racine, Kenosha and Green Bay.

The article highlighted what allegedly was an explicitly race-based focus of the grants: “The scheme began with $10,000 grants given to each of the five jurisdictions to facilitate ‘safe and secure election administration,’ but it quickly evolved into ‘a joint operation,’ between the CTCL and five cities with a focus on increased voting in ‘communities of color.’”

The election integrity report said the “motive” for the grants was “‘impermissible and partisan get out the vote efforts,’” according to the Times.

The Times observed that “The report is likely to raise more questions about the 2020 presidential election, particularly among those who have remained skeptical about the integrity of the results.”

Such questions may have dire consequences for those questioning the legitimacy of the American government itself, if not immediate electoral consequences:

Testifying before the Wisconsin legislature Tuesday about the report, [Wisconsin Office of the Special Counsel] lead investigator Michael Gableman told lawmakers they should “take a very hard look” at decertifying the results that showed President Biden the winner in Wisconsin, although Republicans in Madison have repeatedly rejected revisiting the results.

Conservatives are under attack. Contact your local representative and demand that Big Tech mirror the First Amendment while providing transparency, clarity on “hate speech” and equal footing for conservatives. If you have been censored, contact us using CensorTrack’s contact form, and help us hold Big Tech accountable.