Facebook faced a firestorm of controversy after it punished a children's book publication company, Heroes Of Liberty. It has since reversed the ban, but prominent critics have questions.

Facebook hasn’t been transparent about its approach to free speech, including that of mere children's books about American icons. Fox News senior political analyst Brit Hume scorched Facebook via Twitter on Jan. 3 for blocking the advertising account of Heroes Of Liberty, noting that their books are about figures such as Ronald Reagan, Amy Coney Barrett and Thomas Sowell.

He deemed Facebook’s "low-quality or disruptive" assessment of the books to be “bullsh*t.” His wildly popular tweet got a quick response from Meta/Facebook spokesperson Andy Stone: “This should not have happened. It was an error and the ad account’s been restored.” 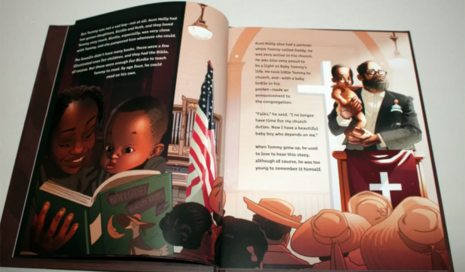 Hume held Stone’s feet to the fire on such promises, however, when Hume wrote: “The publisher, btw, says she's heard nothing about the reinstatement. Might be a good idea to tell them.”

Hume wasn’t alone though. Pluribus Editor Jeryl Bier joined the thread and pushed for more answers, asking: “Can you flesh out ‘error’ a bit more? What kind of error?  It had already been reviewed and was a ‘final’ decision.”

In short, Meta’s Facebook platform had previously addressed an appeal to the ban of Heroes of Liberty by confirming it was a “final decision," according to reporting from Fox Business. The fact the platform has reversed such a stance after public outcry brings its leadership into question.

Conservative Partnership Institute Senior ­Director of Policy Rachel Bovard offered a theory that Facebook reversed the ban only because major Twitter accounts forced the issue: “So basically, Facebook censored a small business and was only called to account for it because the business owners had powerful Twitter accounts and so did their friends.”

She then quipped, “Tell me more about how Twitter doesn’t impact real life” and followed with another tweet asking how other businesses with less exposure would have fared. “[T]ell me what happens to the other small businesses whose owners don’t have the social media reach of their friends, and are just cut off from one of the worlds biggest digital ad agencies because Facebook made an oops,” she warned.

Fox News covered the reversal and shared a damning quote from Heroes of Liberty editor and board member Bethany S. Mandel. Mandel’s allegation seemed to add to the theory that the policy reversal was more about good press for Facebook and its parent company Meta rather than fair engagement with Heroes of Liberty. "They proactively reached out to several members of Congress and told *them* it was a mistake and we’re back online. Those offices told us," Mandel said, according to Fox Business. "They didn’t reach out to us."

Conservatives are under attack. Contact Facebook headquarters at (650) 308-7300 and demand that Big Tech mirror the First Amendment while providing transparency and equal footing for conservatives. If you have been censored, contact us at the Media Research Center contact form, and help us hold Big Tech accountable.