Facebook to Unveil New Name with Approach of Metaverse Project 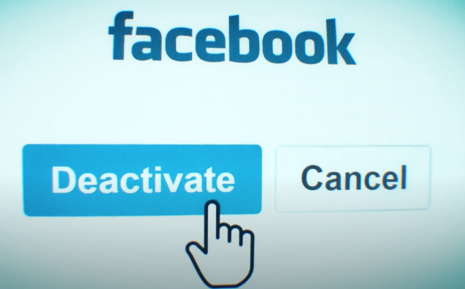 Facebook is reportedly planning to rebrand as founder Mark Zuckerberg aims to focus more on launching a metaverse, an augmented reality overlay to common life.

Is Facebook’s Zuckerberg looking for an opening in The Matrix market? “Facebook is planning to change its company name next week to reflect its focus on building the metaverse, according to a source with direct knowledge of the matter,” The Verge reported. “The coming name change, which CEO Mark Zuckerberg plans to talk about at the company’s annual Connect conference on October 28th, but could unveil sooner, is meant to signal the tech giant’s ambition to be known for more than social media and all the ills that entail.”

The article explained further that the rebrand will make the Facebook social media app take a secondary role as one of multiple apps such as Instagram, WhatsApp, and others under Zuckerberg’s reign. The reported rebrand foreshadows a relatively new form of technology will become mainstream in a few years: “Facebook already has more than 10,000 employees building consumer hardware like AR glasses that Zuckerberg believes will eventually be as ubiquitous as smartphones,” explained The Verge Senior Reporter Alex Heath. “In July, he told The Verge that, over the next several years, ‘we will effectively transition from people seeing us as primarily being a social media company to being a metaverse company.’”

Augmented Reality, or AR is notably different from Virtual Reality. Virtual Reality typically involves a person sitting or standing in the same place while interacting with their eyes or movements with a simulated world via a headset covering their eyes. Merriam Webster defines Augmented Reality, as “an enhanced version of reality created by the use of technology to overlay digital information on an image of something being viewed through a device (such as a smartphone camera).”

Pokemon Go was arguably the most famous recent example that made the technology more mainstream. Pokemon Go “sent people into streets and parks, onto beaches and even out to sea” in order to “capture exotic monsters from Pokémon, the Japanese cartoon franchise,” The New York Times explained.

The Verge observed that “A rebrand could also serve to further separate the futuristic work Zuckerberg is focused on from the intense scrutiny Facebook is currently under.” The article specified that “A former employee turned whistleblower, Frances Haugen, recently leaked a trove of damning internal documents to The Wall Street Journal.”

Facebook was taken to the woodshed at recent hearings over the whistleblower’s allegations that Facebook hid evidence of its platform’s harms on young Americans.

Conservatives are under attack. Contact Facebook headquarters at 1-650-308-7300 and demand that Big Tech be held to account to mirror the First Amendment while providing transparency, clarity on “hate speech” and equal footing for conservatives.If you have been censored, contact us using CensorTrack’s contact form, and help us hold Big Tech accountable.