Facebook executives were caught describing their plans to work together with President Joe Biden on censoring free speech.

Guerrilla journalism company Project Veritas released a devastating leak on Sunday showing Facebook leadership revealing their leftist ambitions under the new Biden administration. Facebook CEO Mark Zuckerberg fawned over Biden’s flurry of executive orders as “important and positive steps.” He then elaborated that he looks forward to when “Facebook is going to be able to work together with this new administration.”

Facebook's VP of Integrity Guy Rosen also was shown describing how Facebook’s cutting-edge technology could be used to target conservative speech going forward. Rosen described how the platform is trying to “limit the spread of content that could potentially lead to further civil unrest, further violence.” Rosen went on to describe how Facebook is specifically targeting political Facebook groups: 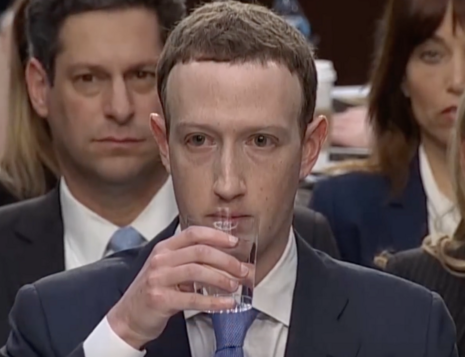 We have a system that is able to freeze commenting on threads in cases where our systems are detecting that there may be a thread that has hate speech or violence in the comments. These are all things we've built over the past three, four years as part of our investments into the integrity space, our efforts to protect elections.

Facebook’s hypocrisy is on full display here, as the platform has strategically refused to ban reportedly violent organizations such as Rose City Antifa that still are fully operational on Facebook with thousands of followers.

Zuckerberg proved Facebook is eager to work with, rather than against, Biden’s unchecked power: “In his first day, President Biden already issued a number of Executive Orders on areas that we as a company really care quite deeply about and have for some time.” Zuckerberg specified: “Areas like immigration, preserving DACA, ending restrictions on travel from Muslim-majority countries, as well as other executive orders on climate and advancing racial justice and equity. I think these were all important and positive steps.”

Other influential leaders at Facebook made chilling comments on the company’s future as well.

Facebook's VP of Civil Rights Roy Austin suggested every company decision should be “run through a civil rights lens,” including the use of advanced virtual reality technology to re-educate people:

I wonder whether or not we can use Oculus to help a white police officer understand what it feels like to be a young black man who’s stopped and searched and arrested by the police. … I want every major decision to run through a civil rights lens.

Facebook’s Head of Global Affairs Nick Clegg once suggested Facebook should not “referee political debates and prevent a politician’s speech from reaching its audience.”

Now Clegg appears eager to merely be told by the government how to restrict speech. He suggested that world leaders concerned with Trump’s censorship were merely perturbed by the fact it was done by a private company, not that it was censorship: “There has been quite a lot of disquiet expressed by many leaders around the world, from the President of Mexico to Alexei Navalny in Russia, and Chancellor Angela Merkel and others saying, ‘Well this shows that private companies have got too much power.”

Clegg remarked: “We agree with that,” before explaining that Facebook wants the government to solidify the platform’s place in the market through regulation But, said Clegg, Facebook will handle censoring free speech in the meantime:

Conservatives are under attack. Contact Facebook headquarters at 1-650-308-7300 and demand that Big Tech be held to account to provide clarity on “hate speech” rules that seem to be applied inconsistently. If you have been censored, contact us at the Media Research Center contact form, and help us hold Big Tech accountable.