Facebook, one of the internet’s biggest social media platforms, is planning to depoliticize its users’ newsfeeds.

“On a conference call with analysts, CEO Mark Zuckerberg said Facebook is considering steps it can take to reduce the amount of political content in the News Feed,” CNN Business reported Jan. 27. Facebook CEO Mark Zuckerberg reportedly commented: "One of the top pieces of feedback that we're hearing from our community right now is that people don't want politics and fighting to take over their experience on our services.”

CNN’s Reliable Sources newsletter speculated on how these major reforms to Facebook will target commentators, specifically popular conservatives. “Zuckerberg didn't elaborate on how Facebook might reduce political content shown to users in News Feed,” CNN Senior Media reporter Oliver Darcy wrote in the newsletter. “Right-wing pundits such as Dan Bongino and Ben Shapiro have built digital empires, largely driven by their Facebook pages. Will Zuckerberg's move put a dent in their business?” 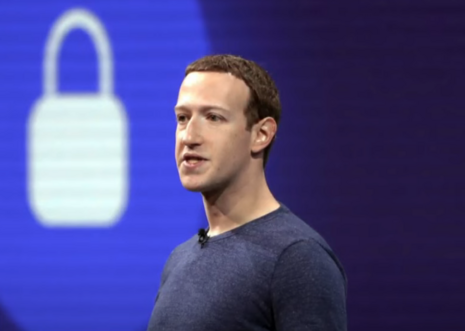 Zuckerberg’s pivot to depoliticize people’s newsfeeds is no surprise after his actions during the 2020 presidential election: “Ahead of the US presidential election, Facebook stopped recommending civic and political groups to its users. Now, it plans to keep them out of recommendations for the long term globally, Zuckerberg said,” according to CNN Business.

Just who Zuckerberg was referring to when he mentioned “our community” wanting less political content after a still-controversial election remains unclear. What is readily apparent, however, is that both liberals and conservatives, for their own separate reasons, are calling for Big Tech companies like Facebook to be regulated. As CNN Business observed: “Dozens of states and the federal government sued Facebook last month, alleging the social media giant has abused its dominance in the digital marketplace and engaged in anti-competitive behavior.”

Darcy, meanwhile, also included some gaslighting for conservatives concerned about censorship in CNN’s Reliable Sources newsletter: “If Facebook does limit the spread of hyper-partisan news on its platform, be prepared to see a whole lot more Fox News segments about social media ‘censorship.’" He continued: “Bad faith actors will almost certainly cite decreased engagement as proof Facebook is targeting them for their ideologies.” Darcy also warned: “as Sara Fisher points out, ‘Liberals will likely say they're being punished for misdeeds from the far right.’"

Conservatives are under attack. Contact Facebook headquarters at 1-650-308-7300 or 1-650-543-4800 and demand that Big Tech be held to account to provide clarity on “hate speech,” rules that seem to be applied inconsistently. If you have been censored, contact us at the Media Research Center contact form, and help us hold Big Tech accountable