Facebook censored an article with the damning claim from a “top virologist and whistleblower” that “the Chinese government intentionally manufactured and released the COVID-19 virus that led to mass shutdowns and deaths across the world.” The Fox News article covered Dr. Yan’s appearance on Tucker Carlson Tonight. Dr. Yan claimed: "I can tell you, this is created in the lab ... and also, it is spread to the world to make such damage." 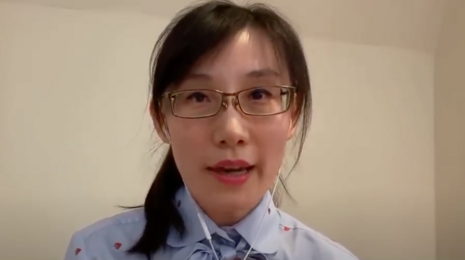 Facebook’s “False information” interstitial claimed that “This post repeats information about COVID-19 that independent fact-checkers say is false.” Upon clicking the “See Why” button, users see fact-checks such as “False: Baseless Conspiracy Theories Claim New Coronavirus Was Bioengineered” by FactCheck.org and “Fact check: Coronavirus not man-made or engineered but its origin remains unclear” by USA Today.

In the interview, Dr. Yan cited her credentials:

I work[ed] in the WHO reference lab, which is the top coronavirus lab in the world, in the University of Hong Kong. And the thing is I get deeply into such investigation in secret from the early beginning of this outbreak. I had my intelligence because I also get my own unit network in China, involved [in] the hospital ... also I work with the top corona[virus] virologist in the world.

Fox News noted that “Yan's comments conflicted with the opinion of Dr. Anthony Fauci, director of the National Institute of Allergy and Infectious Diseases and White House coronavirus adviser, who previously cast doubt on the idea the virus was artificially created.” The article continued: “In May, he told National Geographic: ‘If you look at the evolution of the virus in bats, and what's out there now is very, very strongly leaning toward this [virus] could not have been artificially or deliberately manipulated — the way the mutations have naturally evolved.’”

However, Fox News also acknowledged that Dr. Yan has exposed alleged cover-ups by the communist Chinese government before:

Fox News previously reported on Yan back in July, when she blew the whistle on China's alleged attempts to suppress information about its handling of the virus. With a vast network of contacts in Chinese medical facilities, Yan attempted to gather more information about the virus as China blocked overseas experts from conducting research in the country.

Conservative leaders such as Congressman Jim Jordan (R-OH) raked Big Tech over the coals for supporting the WHO at a late-July hearing as “the organization that lied to us, the organization that shilled for China.” Jordan juxtaposed how WHO “can say whatever they want. They can lie for China, they can shill for China,” but “if you say something against them, you get censored.”