The Canadian radical organization Adbusters is attempting to interfere in the U.S. election by organizing a "siege" of the White House. Facebook, which regularly acts against foreign election interference has still done nothing to stop it.

Liberals panic about “election interference” from Russia, which funded some anti-Clinton Facebook ads in 2016. This is a similar example of outside interference in the presidential election. Adbusters has called for this “siege” to occur this September 17.It stated in a post: “Is it a beautiful jam? A civic exorcism? A spectacular sayonara party for Dear Donald? All of the above, absolutely — but let us not ignore the dark forces also at work.”

Facebook has specifically promised that it will crack down on “foreign interference.” The social media giant explained in a company blog that it has shut down entire networks that “targeted the US, North Africa and Latin America.” 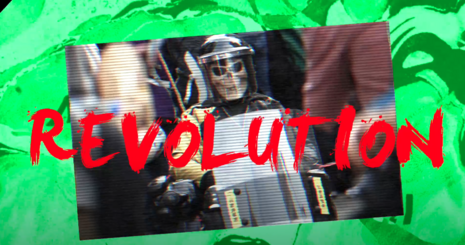 Zuckerberg wrote in a September 3 post that Facebook has gone to great lengths to stop “coordinated online efforts by foreign governments and individuals to interfere in our elections.” He acknowledged that “this threat hasn't gone away” and declared: “Just this week, we took down a network of 13 accounts and 2 pages that were trying to mislead Americans and amplify division.” Yet even so, when Facebook has been directly reached for comment regarding Adbusters’ coordinated efforts to meddle in the American presidential election, the platform has refused to take action.

Facebook has been overhauling its policies as the election approaches, including a ban on “new political ads for the week leading up to Election Day,” the Byers Market newsletter reported September 3. Byers Market speculated that this was done to “prevent campaigns and their supporters from making premature claims of victory” and prevent “evidence-free claims of voter fraud.”

Despite all these claims of concern about foul play during the election, Facebook was notified by the Media Research Center of the Adbusters’ interference Sunday and the platform has left the account active.

Liberal media have acknowledged that Adbusters is not only a foreign source, but has a powerful record of stirring unrest in the United States. NPR summarized that “Adbusters is an anti-consumerism magazine based in Vancouver” and that in 2011 it had “proposed a Sept. 17 ‘occupation’ of Wall Street.” That evolved into Occupy Wall Street, a precursor to the current unrest. Facebook’s own Page Transparency section indeed confirms “Page manager location: Canada.”

One photo on the page features what appear to be nods to Antifa and left-wing extremism such as this post declaring the phrase “ANTI-FASCIST FULL MOON” with a black fist. The page currently has more than 120,000 followers.

In late July, Adbusters called upon followers to sustain a massive “siege” of the White House. That post has more than 8,000 comments and 15,000 shares:

“On September 17, 2020, we will lay siege to the White House. And we will sustain it for exactly fifty days. This is the #WhiteHouseSiege.

“We need your voice of wisdom and expertise to pull off a radically democratic toneshift in our politics.

“#WhiteHouseSiege will electrify the U.S. election season — and it doesn’t stop there. Drawing wind from #MeToo, #BLM, #ExtinctionRebellion, and protests against Trump’s lethal bungling of coronavirus, we’ll inspire a global movement of systemic change — a Global Spring — a cultural heave towards a new world order.

“Are you ready for revolution? We are too. Find out more and share your vision with the community at:

Adbusters followed up in late August by announcing further:

“‍There are many ways to think about this #WhiteHouseSiege. Is it a beautiful jam? A civic exorcism? A spectacular sayonara party for Dear Donald? All of the above, absolutely — but let us not ignore the dark forces also at work.

“That’s why it’s critical for us the people to show our strength . . . to be there in the hundreds of thousands, invigilators of our great democracy, to remind this authoritarian regime of our significance, our will, and our power. The survival of the American experiment — the American spirit — requires nothing less.

“‍We will not let Donald Trump steal the election!

“Intrigued? Good. Triggered? Better. This is the #WhiteHouseSiege and you're invited.

“Find out more - hit up adbusters.org and join the movement.

This was featured alongside an image of Portland Athena, a “sex-worker” according to the New York Post. She stripped down naked amidst the violent protests in Portland, Oregon and displayed herself toward law enforcement. Taken to its logical conclusion, this is a dog whistle for the same unrest in Portland to be brought to the “siege” of the White House.

Facebook takes aggressive and final action on foreign influencers when it wants to.

Facebook just cracked down on accounts affiliated with Peace Data, NBC reported on Tuesday.  “Facebook learned through a tip from the FBI that people formerly associated with the Russian Internet Research Agency,” (which reportedly engaged in inauthentic behavior amidst the 2016 election) ran the fledgling news website.

Nathaniel Gleicher, Facebook’s head of cybersecurity policy, reportedly commented that the FBI's finding "confirms [that] Russian actors are trying to target the 2020 elections and public debate in the U.S.," and that the Russians’ efforts are "not really working."

Violent, far-left riots, however, are a very real phenomenon spreading across the United States. Just don’t expect Facebook to do anything about them.