Even after Mark Zuckerberg’s $10 million donation to social justice groups, liberals are still hounding him for not censoring the president of the United States.

President Donald Trump threatened a crackdown on the violent riots tearing apart the country with fire, looting, and racial attacks. And his critics went berserk demanding he be banned from social media.

Facebook CEO Mark Zuckerberg, while stating he did not like the president’s fiery rhetoric, said that free speech is his utmost priority. “Personally, I have a visceral negative reaction to this kind of divisive and inflammatory rhetoric,” he said in a lengthy post. “But I’m responsible for reacting not just in my personal capacity but as the leader of an institution committed to free expression.” 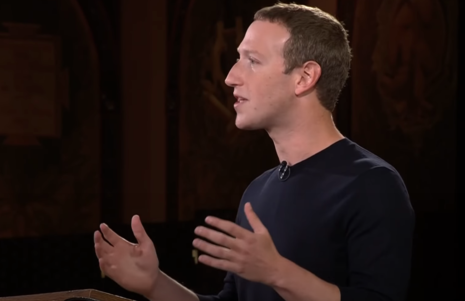 Zuckerberg wrote in a subsequent post that he was committing millions to fund racial justice organizations:

"The organizations fighting for justice also need funding, so Facebook is committing an additional $10 million to groups working on racial justice. We're working with our civil rights advisors and our employees to identify organizations locally and nationally that could most effectively use this right now. ..."

Even so, many of his employees have condemned him. Some have even gone so far as staging a virtual walkout.

The New York Times summarized the extent of this uprising against Facebook’s CEO and founder, despite the fact that many of his employees are working from home:

“[S]taff members have circulated petitions and threatened to resign, and a number of employees wrote publicly about their unhappiness on Twitter and elsewhere. More than a dozen current and former employees have described the unrest as the most serious challenge to the leadership of Mark Zuckerberg, the chief executive, since the company was founded 15 years ago.”

According to a copy of an internal message board viewed by The Times, one Facebook employee stated, “The hateful rhetoric advocating violence against black demonstrators by the US President does not warrant defense under the guise of freedom of expression.”

The employee went on to condemn the CEO in fierce terms “Along with Black employees in the company, and all persons with a moral conscience, I am calling for Mark to immediately take down the President’s post advocating violence, murder and imminent threat against Black people.”

Another employee wrote, according to The Times: “The lack of backbone, and this weak leadership, will be judged by history. Hate speech should never be compared to free speech,” one employee wrote. “The president (sic) is literally threatening for the National Guard to shoot citizens. Maybe when we’re in the middle of a race war the policy will change.”

Axios observed in its article “Civil rights leaders blast Facebook after meeting with Zuckerberg” that “the heads of The Leadership Conference on Civil and Human Rights, the NAACP Legal Defense and Educational Fund and Color of Change” issued a joint statement condemning Zuckerberg’s leadership for supporting the president’s right to free speech.

Axios added a venomous excerpt from the open letter:

"He did not demonstrate understanding of historic or modern-day voter suppression and he refuses to acknowledge how Facebook is facilitating Trump's call for violence against protesters. Mark is setting a very dangerous precedent for other voices who would say similar harmful things on Facebook.”

Dylan Byers noted in the Byers Market NBC News newsletter that made note that “until Trump clearly runs afoul of Facebook's policies — which, it should be noted, he has not yet done — Zuckerberg is unlikely to buckle to public pressure.”