Even after persistent attacks by liberal critics, Facebook CEO Mark Zuckerberg doubled down on defending one of America’s most iconic values -- free speech.

Zuckerberg and his wife Priscilla Chan appeared in a CBS This Morning interview which aired this past Monday. During the interview, and in the face of media pressure, the couple defended Facebook’s recent policy changes in favor of free speech.

The censorious far-left has grown increasingly impatient with some tech companies hesitation to deplatform conservatives. Facebook in particular has come under fire for both allowing political campaign ads unvetted by liberal fact checkers and for allowing Breitbart to be among sources in its human-curated “News” tab. Zuckerberg also received flack for a speech he gave in October at Georgetown University titled “Standing for Voice and Free Expression” in which he explained Facebook’s commitment to freedom of speech. 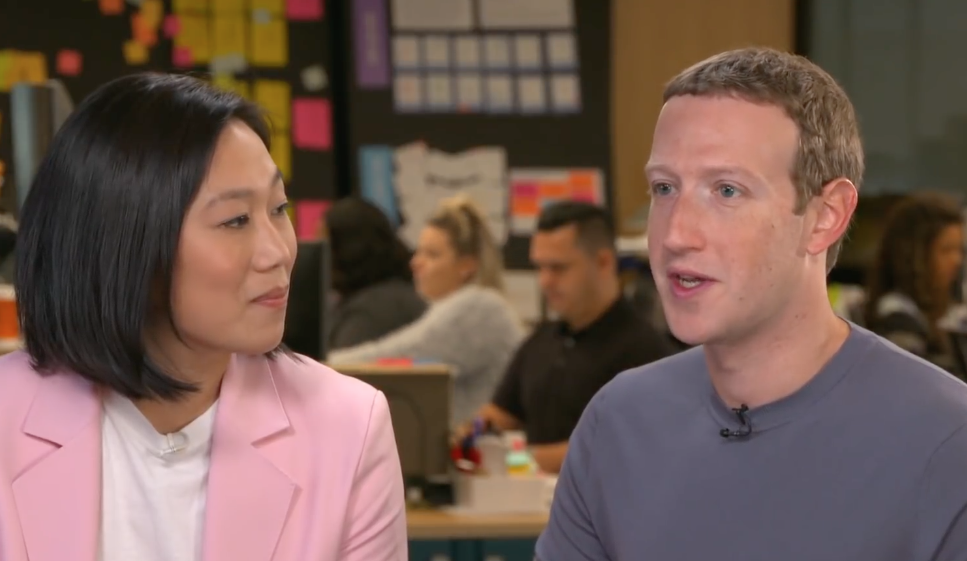 CBS This Morning co-host Gayle King opened the interview by immediately pressuring Zuckerberg for his decision to allow political ads to be unfiltered by fact-checkers.

Zuckerberg replied: “What I believe is that, in a democracy, it’s really important that people can see for themselves what politicians are saying, so they can make their own judgments.”

Shifting to provide more push back, King then asked about his own employees’ critiques of the ad policy that “Free speech and paid speech are not the same” Zuckerberg, however, observed that it is “clearly a very complex issue.”

Zuckerberg’s wife Priscilla Chan, a pediatrician and co-founder of the philanthropic company The Chan Zuckerberg Initiative, stood by her husband in the interview and supported his belief that its not Facebook’s role to police online speech.

“These are not problems that one person, one company, can fix on their own,” she observed, before adding “There’s not gonna be some silver bullet, but we need to work together as a society for that steady progress.”

Actor and comedian Sacha Baron Cohen, who had previously spoke at an ADL conference condemning free speech, quickly responded to this interview, tweeting:

No, Mark, it’s not that ‘complex.’ Let me simplify (again): you and Facebook take money from politicians and run their ads — even if they’re not true — without fact-checking them. That’s not democracy, that’s you profiting off propaganda. #siliconsix

But Zuckerberg’s testimony before the House Financial Services Committee refutes this notion. Chairwoman Rep. Maxine Waters (D-CA) similarly suggested Facebook’s ad policy gives politicians a “license to lie, so you can earn more money off this division, I suppose.” Zuckerberg replied the accusation, saying, “On your question about political ads,look, from a business perspective, the very small percent of our business that is made up of political ads does not come anywhere close to justifying the controversy that this incurs for our company.”

The icing on the cake was the affirmation that his company’s commitment to free speech is a matter of principle and “really is not about money.”