Two free speech YouTubers from the UK have been demonetized for unclear reasons.

U.K. free speech icons Tommy Robinson and Markus Meechan (aka Count Dankula) have both been financially cut off by YouTube, destroying their ability to make money on the platform. English Defense League founder Tommy Robinson predicted (in the video he was demonetized for), “Now they want to take away my ability to even make videos for you. There’s one thing the establishment will hate and they hate a voice making noise… What they really hate, is political opposition” 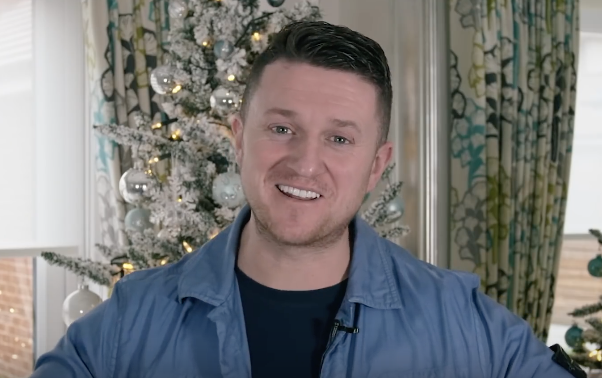 The video that Robinson was punished for was titled “TOMMY ROBINSON: GOODBYE 2018, BRING ON 2019!” He summarized his ongoing fight against grooming gangs in England, as well as successful fundraising he had organized for English communities.Grooming gangs became famous with the Rotherham Scandal, when it was exposed that UK politicians and police had ignored 10 years of largely Pakistani gangs sexually exploiting English girls.

He also spoke about his harrowing imprisonment for broadcasting on his phone outside a courthouse where a trial about grooming gangs was taking place.

The incident that may have made the latest video controversial to YouTube staff was when he punched a clearly hostile man who was threatening his life in a migrant-controlled Italian No-Go Zone. When one taller man approaches Robinson from behind, yelling threats in broken English and raising a fist to strike, he responded with a punch in self-defense. Liberal BuzzFeed News deceptively framed it by saying it “shows footage that he claims is of him punching a migrant on an Italian street,” as if he were merely punching a random immigrant out of spite.

The comments Robinson made later in the video described the state of conservative politics across the western world, “Now they want to take away my ability to even make videos for you. There’s one thing the establishment will hate and they hate a voice making noise. They hate your position. What they really hate, is political opposition”

Count Dankula, who was also demonetized, is a Scottish Brexit-supporting internet comedian who made headlines when he was arrested for “grossly offensive” hate speech. His offense was uploading a video where he taught his pet pug how to raise its paw in the “Heil!” gesture to annoy his liberal girlfriend.

Since then he has become a free speech icon online with a successful YouTube channel. He tweeted on January 17th that he was recently demonetized with “no warning or anything for any of this, no email from Youtube, no explanation as to why, or anything, I've already lost over half of my patrons due to Patreon being censorious, and I now learn that I will no longer be making any income directly from my videos.”