On Wednesday night, the “big three” of ABC, CBS, and NBC ignored the contradicting statements made by President Obama in condemning the terrorist attack on the Charlie Hebdo newspaper in Paris as an attack on free speech, but stating in a 2012 speech at the United Nations that “the future does not belong to those who slander the Prophet of Islam.”

When it came to discussing the terrorist attack in France on Wednesday, the President struck a different tone from 2012 when it came to the freedom of speech and expression: “Our universal belief in freedom of expression is something that can't be silenced because of the senseless violence of the few.” [MP3 audio here; Video below]

While each of the networks missed this distinction during their evening newscasts, it was highlighted on the Fox News Channel’s (FNC) Special Report with Bret Baier on Wednesday during chief White House correspondent Ed Henry’s report on the President’s reaction to the attack.

After airing a clip of the President speaking in the Oval Office from Wednesday about the importance of “freedom of expression,” Henry noted how: “Yet in an address to the U.N. General assembly, just days after the Benghazi terror attacks in 2012, the President was not quite as aggressive.”

A soundbite of the President’s speech in 2012 was then shown, during which he blamed the Benghazi terrorist attack on, in the words of Henry, “an anti-Muhammad video”:

The future must not belong to those who slander to Prophet of Islam, but to be credible, those who condemn that slander, must also condemn the hate we see in the images of Jesus Christ that are desecrated.

While ABC’s World News Tonight with David Muir, the CBS Evening News with Scott Pelley, and NBC Nightly News all either played clips of the President responding to the brutal attack or acknowledging that he spoke on the matter, neither chose to bring up this difference in tone and rhetoric from him back in 2012.

The relevant portions of the transcript from FNC’s Special Report with Bret Baier on January 7 can be found below. 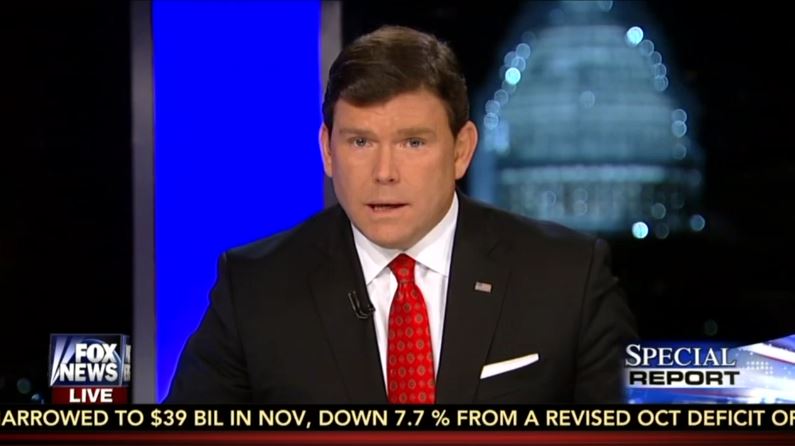 BRET BAIER: President Obama is calling the attack cowardly and evil. He's also calling it terrorism, but it took a little while this morning. Chief White House correspondent ed Henry has that side of the story tonight.

ED HENRY: While President Obama hoped to focus today on cheerleading the economy in Detroit, reality intervened and the horror in Paris left the President scrambling as aides would not initially label it a terror attack, though the President later gathered top officials in the Oval Office to declare it was.

PRESIDENT BARACK OBAMA: I thought it was appropriate for me to express my deepest sympathies, to the people of Paris and the people of France, for the terrible terrorist attack that took place earlier today. 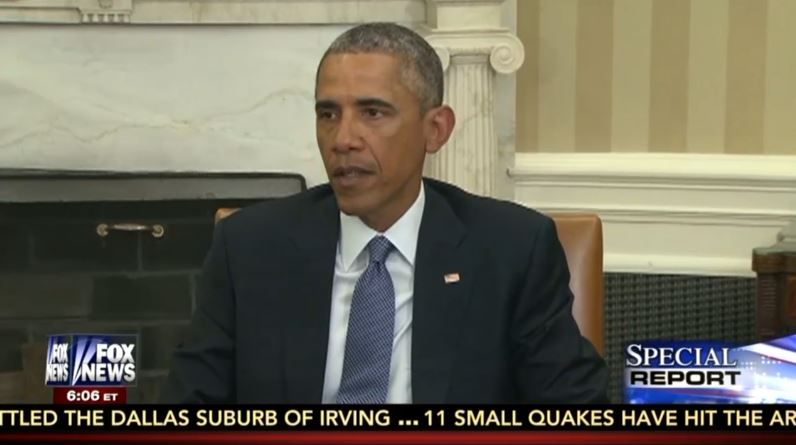 HENRY: Today, the President spoke out on behalf of the newspaper that published satirical cartoons of Muhammad.

OBAMA: Our universal belief in freedom of expression is something that can't be silenced because of the senseless violence of the few.

HENRY: Yet in an address to the U.N. General assembly, just days after the Benghazi terror attacks in 2012, the President was not quite as aggressive. 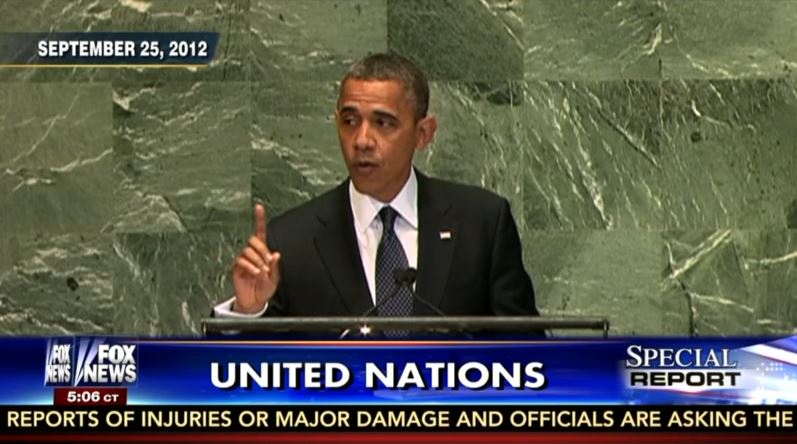 OBAMA [ON 09/25/12]: The future must not belong to those who slander to Prophet of Islam, but to be credible, those who condemn that slander, must also condemn the hate we see in the images of Jesus Christ that are desecrated.

HENRY: Now, in that speech, the President blamed Benghazi on anti-Muhammad video, though he did add that he would not ban the video because of free speech, though a week earlier, then-White House Spokesman Jay Carney said the French newspaper had the ability to publish those anti-Muhammad cartoons, but he questioned the judgement of doing that.