Early Friday morning, ABCNews.com published an exclusive article that unearthed a secret email listserv maintained by two of Hillary Clinton’s possible 2016 presidential campaign advisers that, among other things, allowed them to express their desires to “smite Republicans mafia-style” and “punish those voters.” 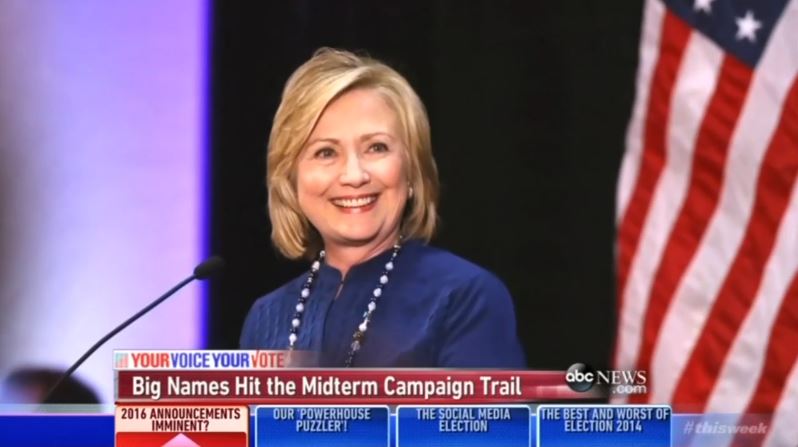 With these emails now public, the question will be: Will any of ABC’s newscasts or Sunday morning political talk show This Week even mention this story? If a secret email listerv were discovered involving political operatives for a or future 2016 GOP Presidential candidates, let alone a Republican elected official, it’s a safe bet the liberal media would have multiple helpings of coverage.

The story, published by ABC’s Rick Klein, discussed the listerv that includes “more than 150” Democratic campaign veterans and is overseen by 2008 Clinton presidential campaign staffers Robby Mook and Marlon Marshall where Mook referred to himself to as “Deacon” and Marshall goes by “Reverend.”

Klein reported that the emails were provided to him by someone who had “worked alongside Mook and Marshall in previous campaigns” and was “like the avast majority of those on the listerv, supportive of Hillary Clinton, but does not support the idea of Mook or Marshall holding leadership roles in a second presidential bid.”

Opining on the matter, Klein stated that the fact “that the emails are emerging publicly reflects the ferocious intra-battle to populate the top positions of an expected Clinton campaign.”

While some emails were on the more mundane side, such as the announcement of job-openings, seeking places to stay when traveling, and arranging reunions, others were more “aggressive,” “self-mocking,” and “border[ing] on being profane.”

One such email Klein included came from Marshall in January 2010 when he urged “fellow ‘mafia’ members to work hard” to get (eventually losing) Massachusetts Democratic Senatorial candidate Martha Coakley elected: “F U Republicans. Mafia till I die,” he wrote. “If you have just a few minutes, hop on that activate and publish those voters!”

Writing on the afternoon of Election Day, Mook gave his analysis of the political climate:

This has been a tough cycle – midterms always are – but what’s been so mazing to me is how from the Senate to the House to Governor’s races and beyond, we’ve been keeping the other side on defense. So many of you have played leadershp [sic] roles building fiend programs, managing campaigns, or running progrms from allied groups. It’s been incredibly insipiring [sic] to see.