There’s no one who loves to cry more than liberals not getting their way. A perfect example is one Gianna Palmo who, in a TikTok posted July 6, accused Palm Beach Atlantic University of homophobia after she was denied admission. Pink News reported the story July 15.

Her video featured the text, “When ur Floridian college decides to not take [you] anymore [because you’re] gay,” said Pink News. She also said in the caption under the video to “attack PALM BEACH ATLANTIC UNIVERSITY.” Classy. 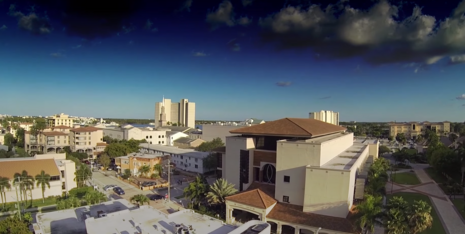 Of course, her accusation isn’t without some merit, and by that I mean she took a secret recording of her alleged meeting with the university head of admissions, where the head says “here are different standards for what is considered acceptable behavior,” and that PBA sets “standards for how we live our life according to the Bible.”

So a Christian private school wants its students to be Christian and live Christian lives. Of course, Gianna cannot understand freedom of religion, and instead took to the internet to spew nonsense to the masses.

The PBA handbook states clearly that “sexual immorality, including fornication, adultery, and homosexual behavior, is prohibited in scripture… because our bodies are ‘a temple of the Holy Spirit',” and “We believe that Christian marriage is between a man and a woman …. PBA expects that its students, faculty, and staff will neither engage in nor promote views of sexuality or gender expression that contradicts biblical standards.”

Palmo whined in a text message sent to a PBA representative, “It is 2022 and it’s a shame that homophobia is still an issue in today’s day and that it’s tolerated at PBA.”

Did anyone tell her that PBA was a Christian school? College Applications is a long process, and the fact that she didn’t do her due diligence with this is more of an indictment on her than anyone. PBA is free, as Pink News says, to “discriminate on the basis of sexual orientation and religious beliefs as they see fit.”

But of course Palmo knew it. But in the age of Tik Tok and “Bake the cake, bigot!” screaming about discrimination is a sure way to get attention. And if she managed to intimidate the school into accepting degenerate liberal doctrine, bonus!