Pink News wants us to know that honoring Nancy Reagan during its religious observance is anathema. It accuses her of enabling the AIDS epidemic during her time as First Lady. 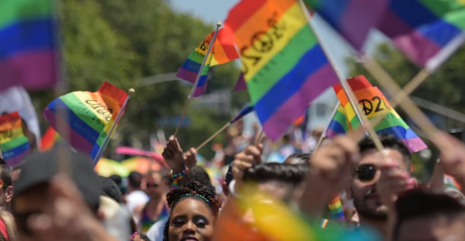 Gay Twitter exploded into a religious uproar, decrying The White House for daring to honor a First Lady on the first day of pride month, calling it “sick”, insinuating that she helped to intentionally make the AIDS epidemic worse, and even saying she committed “genocide against gay men.”

It’s inconceivable to the gaystapo that anything unrelated to their agenda should happen during June. Pride month is more than just a simple month to celebrate LGBT people. It’s a month with one purpose: cultural imperialism. Pride is about power. Anything that is seen as an encroachment on pride will be the new target for the woke mob, even a simple honoring of Nancy Reagan with something as banal as a postage stamp. Truly, the times we live in are something else.