Are the writers and editors of the CNN.com newsroom too lazy to camouflage the trans activist PR language they regurgitate in multiple articles? Or are they just “out and proud” in their bias now? Whichever is the case, two of the site's recent “reports” declare biological sex is meaningless. 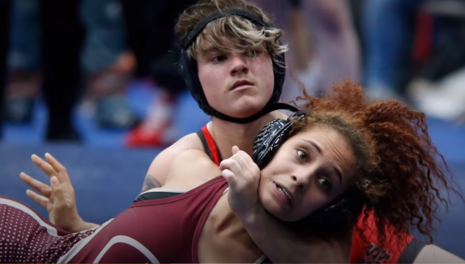 In a March 29 article about supposedly “anti-trans” legislation in Arkansas and Tennessee, CNN’s Lauren Holt stated that “Much of the legislation that is pending or has been adopted restricts athletes' participation in public school sports to the gender that matches the sex that athletes were assigned at birth. But it's not possible to know a person's gender identity at birth, and there is no consensus criteria for assigning sex at birth.”

The next day, CNN’s Devan Cole reported on similar action in South Dakota. Governor Kristi Noem’s executive orders, said Cole, “​reference the supposed harms of the participation of ‘males’ in women's athletics -- an echo of the transphobic claim, cited in other similar legislative initiatives, that transgender women are not women. Transphobic claim? THIS is CNN.

Then Cole asserted, “It is not possible to know a persons gender identity at birth, and there is no consensus criteria for assigning sex at birth.”

Hmmm. The only question left is whether Holt and Cole were transcribing the King James or New Revised version of the trans gospel (or which activist shop this blather came from.)