Fairfax County Schools To Use 'Assigned Females/Males' in Sex Ed

Fairfax County Schools in Fairfax, Virginia, is considering a new policy for students' sexual education that would include referring to boys as “assigned male at birth” and girls to “assigned female at birth.” Nowadays, since you can pick your gender on a whim the district, a deep blue D.C. suburb, wants to reaffirm that delusional notion by allowing and encouraging kids to identify as something other than their biological sex. 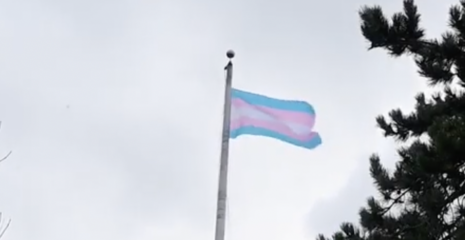 Sadly, it gets worse.

According to News7, in tenth grade sex-ed classes, boys and girls would attend class at the same time for all the lessons including discussion on sexual orientation and gender-identity. They'd also be forced to watch a video from no less a moral authority than PBS.

That's the kind of fact-based education Northern Virginia parents have come to trust!

Luckily, some parents have called out the school system for its clear progressive agenda and are able to submit comments and feedback to the school systems proposal up until Thursday, December 1 at 4:30 pm.

One parent, Maria Sherwell urged “This school board has got to go. This makes Loudoun look calm. I feel and I'm not alone, that their role is to take control of our children and push parents out of the room. It moves their agenda forward.”

Yet, another parent, Robert Rigby, was in full support. “I think it’s good because it helps all kids. I don’t think queer kids will be put in a spot of having to out themselves when they aren’t ready to,” he told 7News. The outlet also reported that Rigby thought the new policies were “more inclusive, more informative, and welcoming to LGBTQ students.”

This is unfortunately not the first time Fairfax County has shown its indoctrination practices.

In November 2021, Fairfax schools asked 12-year-olds sexually explicit questions like “have you ever had oral sex?,” “how old were you when you had your first sexual intercourse for the first time?,” and “during the past three months, with how many people have you had sexual intercourse?” Riveting content for 12-year-olds to consider.

In June, the county proposed changes to the school handbook that would punish and penalize students who misgender their peers. So if a boy looked like a boy and was called a “he” but wanted to be a “she” a suspension could take place.

In September 2022, when Gov. Glenn Younkin, (R-Vir.) suggested that parents have a say in what their children learn in schools, a Fairfax County teacher urged students to walk out in protest.

It’s unsurprising that Fairfax County Schools has wreaked havoc once again in the name of advancing radical ideologies. Let's hope parents complain enough to stop the “assigned” at birth garbage that's currently on the docket!