Democrats may not be able to govern their way out of a paper bag, but they're champion complainers. 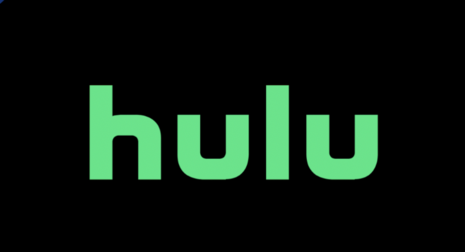 The Disney backed streaming service Hulu is under fire after refusing to stream advertisements for certain democratic campaigns that smeared Republican rhetoric, according to The Washington Post.

Hulu is a video streaming platform that plays movies, tv episodes and even Hulu original series. The platform also includes advertisements and commercials for a short time between segmented clips. Typically those ads are about lotion, new cars or new menu items at a fast food chain but occasionally, campaign ads are run.

Hulu’s advertisement committee probably just didn’t want viewers grumpy at them if they were to show ads that leaned heavily on one side or the other for topics as hot button as abortion and guns.

The executive directors of the three committees, Christie Roberts, Tim Persico and Noam Lee, expressed their anger in the Washington Post.

Hulu’s censorship of the truth is outrageous, offensive, and another step down a dangerous path for our country. Voters have the right to know the facts about MAGA Republicans’ agenda on issues like abortion — and Hulu is doing a huge disservice to the American people by blocking voters from learning the truth about the GOP record or denying these issues from even being discussed.

One she/her/hers blue check declared that Hulu was banning ads that talked about “reproductive rights.” Again I say, nobody has a “right” to abort an innocent child. Get that out of your head.

Hey, @hulu: huge majorities of this country support abortion rights. Your decision to refuse ads that talk about it--that's what's controversial. You're picking the wrong side here by banning ads that talk about reproductive rights. https://t.co/2pkfTKNJgD

Americans deserve to know the truth about these issues, and Hulu has no right to block it. https://t.co/xEfpgASoBU

Americans deserve to know the truth about these issues, and Hulu has no right to block it. https://t.co/xEfpgASoBU

In the end, Hulu did run the ads of one Democratic candidate, Suraj Patel, that showed images from Jan. 6. Supposedly someone familiar with Hulu’s advertising policies said that Hulu “does not publicly disclose its advertising guidelines but that they prohibit advertising that takes a position on a controversial issue, regardless of whether it is a political ad. The ads are reviewed on a case-by-case basis, with edits sometimes recommended to the advertiser.”

Perhaps Hulu should just stick to the burger and shampoo ads as it appears that chaos is going to erupt no matter what they choose to air!

Joy Behar falsely claims that the pro-life movement doesn't want women to have careers, or that a women's career is dependent on not having a child. pic.twitter.com/dgXHwP4C5i