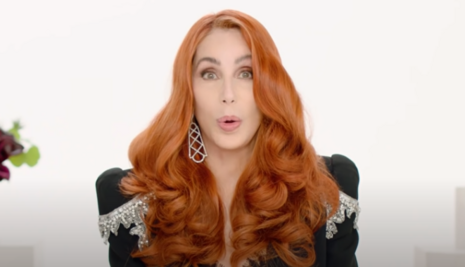 Legendary Diva wishes she could "turn back time" to stop the death of George Floyd.

On Friday afternoon, singer Cherilyn Sarkisian (Cher) tweeted that she was watching the trial of Derek Chauvin, the Minneapolis police officer accused of murder for Floyd’s death last May. Cher admitted that she wished she could have stopped Floyd’s death and, per usual, the woke twitter mob attacked.

In a since deleted tweet, Cher lamented: “Was talking with mom and she said 'I watched the trial of policeman who killed George Floyd and cried. I said: 'Mom, I know this is gonna sound crazy, but..I kept thinking….Maybe if I'd been there,…I could've helped.'" 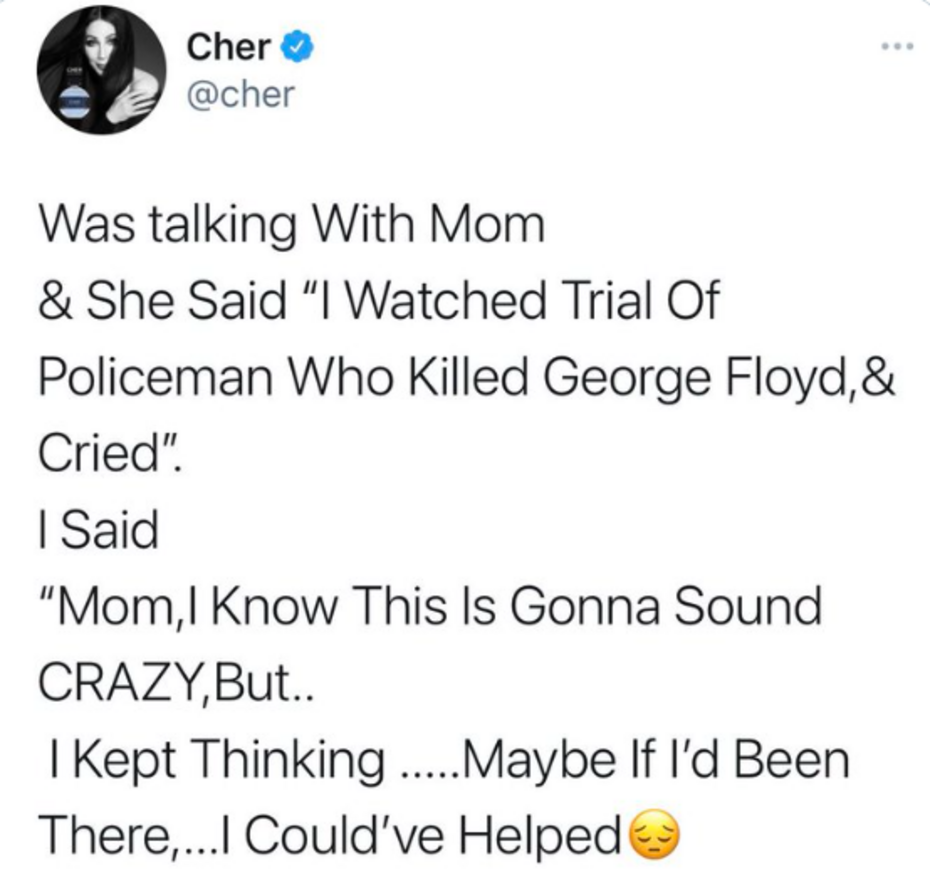 I wonder what her plan to help would have been. Maybe she could have sung in her contralto voice and distracted with her evidently botoxed face. Who knows.

Regardless, though her intent may have been to act as a hero, her Tweet sparked massive debate among fans. The most popular argument from users was that her white savior complex was showing (essentially when a white person believes they can help solve minorities' problems). And another user shared a “stop talking” meme to remind her that “singing songs doesn’t erase racism.”

However, Cher’s tweet provoked support as well. One user admitted that Cher just “wishes she could’ve helped George Floyd, like any of us.” And another referred to the negative backlash as an act of “petty trolls.”

Since Cher did receive such mixed reviews (more in opposition) from her tweet, she posted a follow-up as well.

Then, she gave in, ironically after talking with a woman named Karen who told her it was "NOT Appropriate," and backed down by posting an apology to express how “TRULY SORRY” she was.

SJW’s are ruthless and now that they’re coming after their own, Cher should have known her tweets would have sparked debate. Note: she’s big Biden fan and once called Trump a “MURDERER” so one would think the Twitter mob would like her … but cancel queens still used the opportunity to mock and accuse.

It’s a natural human instinct to wish you could have done something to stop it whenever something bad happens. This isn’t a white savior sentiment. It’s a human feeling bad about the death of another human being, no matter the controversy surrounding the Floyd situation. But now Cher knows, they don't want her "white tears."