On today’s episode of Hollywood hypocrites: singer Kasey Musgraves donated proceeds of a T-shirt sale to charities in Texas … the theme? Her hatred for Senator Ted Cruz. (R-TX). 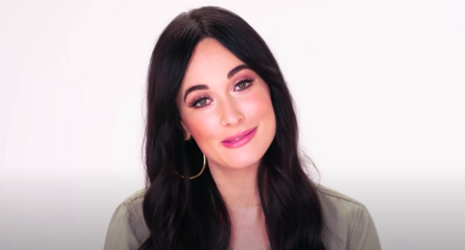 Earlier this week, ice storms hit the southern part of the U.S. and Texas in particular has been suffering. Texas voted red as per usual and Bette Midler even claimed the storm is “payback” from God Himself. Most recently, Cruz’s trip to Cancun, while his fellow Texans freeze without power, has fueled celebs’ hatred needs … that is until they find something new to fume over.

Cruz flew to Cancun on Wednesday for a small trip with his wife and daughters. He has since released the statement: “I flew down with them last night and am flying back this afternoon. My staff and I are in constant communication with state and local leaders to get to the bottom of what happened in Texas. We want our power back, our water on, and our homes warm. My team and I will continue using all our resources to keep Texans informed and safe."

But, his statement wasn’t enough for elitists of Hollywood. Singer Kasey Musgraves combined her hate for Cruz and her support of Texas and tweeted “Texas is cold, I can be cold” followed by a link to a shirt she is selling. The shirt reads “Cruzin’ for a Bruzin’” and the proceeds directly support Texans in need through Feed the People Dallas, Casa Marinella, and the American Red Cross of Central & South Texas, according to her merch site. While supporting Texas is certainly something to smile about, the shirt itself is a bit of a dis. Why couldn’t she have just donated instead of made this devastation into a mockery? Surely the resources used to make and manufacture the “Cruzin’ for a Bruzin’” shirts could have been applied more efficiently.

Texas is cold, I can be cold. https://t.co/TglB3AsEkt

She wasn’t the only one who disapproved of Cruz “Cruzin’” out of Texas. The Twitter mob was quick to send jabs his way as well.

Actress Chelsea Handler tweeted “If you’re wondering how far Ted Cruz will go to prove he’s an asshole, it’s 1,800 miles” after she saw the CNN report that he was in Cancun. Apparently going on a trip with family qualifies Cruz as an a**hole.

Actor Seth Rogan said, “I think @SenTedCruz is desperately trying to rebrand from the ‘inspired a deadly insurrection’ motherfucker to the ‘left my constituents to freeze to death so I could go to Cancun’ motherfucker, but luckily he can be both. He’s just that big a motherfucker.”

And the name calling was not lacking in One Tree Hill actress Sophia Bush’s tweet either. “I truly hope the #TedCruzRESIGN calls get louder and louder. He is a craven, corrupt, sniveling, selfish hack who is clearly not interested in representing anyone but himself. My god. Stealing emergency services from freezing constituents!? #ExpelTedCruzNow.” And other actors showed their own disapproval with words such as “motherfucker,” “a disgrace,” a “clown,” and a “garbage human.” Yikes.

While many celebs bashed Cruz for traveling, some showed and encouraged support for Texas. Celebrities including Matthew McConaughey, Beyoncé’s sister Solange Knowles, Kerry Washington, and Reece Witherspoon have supported donating or donated their own funds to Texas. And surprisingly, their tweets all appeared sincere.

It’s unfortunate that in a time like this, when the state of Texas is in serious distress, Musgraves used it as an opportunity to bash a conservative elected by real and currently suffering Texans. Her time and platform has so much more potential for food than she’s using it for.