Spike Lee was horrified by the Capitol riots on January 6. Back in the summer when mobs were burning American cities under the auspices of Black Lives Matter … well, not so much. You see, to Lee, those rioters were “true Americans” and Trump is Hitler. 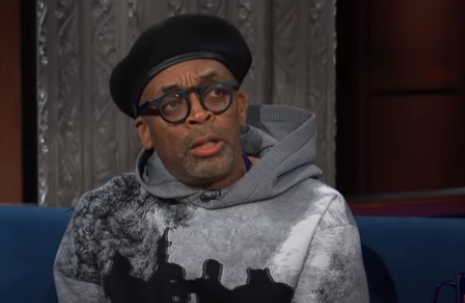 According to Jose Martinez’s story for Complex, Lee received a New York Film Critics Award Jan. 24 for a short film. His acceptance speech had been pre-recorded on Jan. 6, the day of the Capitol violence. Lee took the opportunity to slam Trump and supporters, saying, “This president Agent Orange will go down in history with the likes of Hitler.”

“The whole world is laughing at the United States, the so-called cradle of democracy. It's a very sad day in the history of America,” Lee said.

But Lee doesn’t condemn all mob violence. Back in June he was perplexed that anyone could “not understand why people are acting the way they are.”

He told a sympathetic Don Lemon on CNN, “This is not new, we saw with the riots in the ’60s, the assassination of Dr. King, every time something jumps off and we don’t get our justice, people are reacting the way they do to be heard. We are seeing this again and again and again. This is the thing: the killing of black bodies, that is what this country is built upon.”

Lee even came out with a short film this summer with footage from his movie Do the Right Thing back in 1989 to compare clips from the riots in the ‘60s to the BLM protests and show homage to George Floyd. To Lee, BLM are people “reacting the way they do to be heard.” But anyone who reacted in the Capitol riot he compares with Nazis.

Lee is another one of the “Hollywood Hypocrites Who Loved Violent Black Lives Matter” yet think the Capitol riots called for a “please be safe warning.” Six-times more people died in the BLM riots than the Capitol riot but Lee still thinks BLM protests were people helping America.

The Capitol riots were disgraceful. But anyone who excused the summer’s race violence is in no position to dole out blame. Lee is blind to his own hypocrisy.