John Cleese Vs. The Wokes: ‘Deep Down I Want To Be A Cambodian Police Woman’ 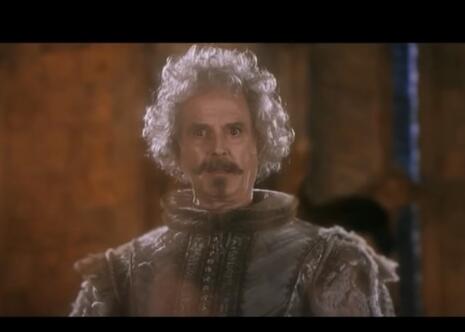 In reply to one of the actor's tweets, a resentful trans supporter retweeted Cleese’s original post of him backing Rowling to indicate that it was wrong of Cleese to bolster her views. When Cleese responded to the accusation with feigned incomprehension, there was a rush of woke fury on Twitter, causing Cleese to note that “If you can't control your own emotions, you're forced to control other people's behaviour That's why the touchiest, most oversensitive and easily upset must not set the standard for the rest of us” 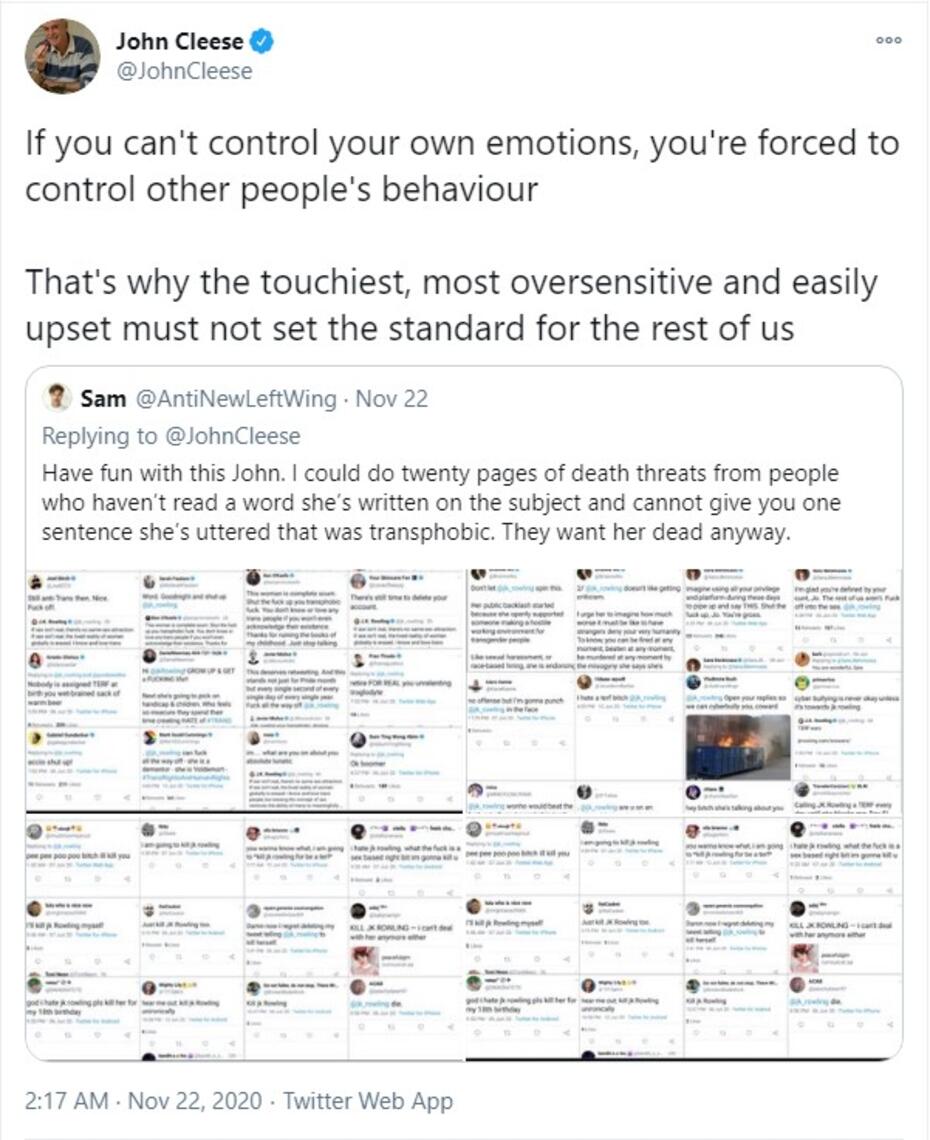 Ouch! A bunch of woke Twitter users gasped and died after reading that. Hopefully the LGBT groups and the Democrat Party in the United States will take note of what he says.

After one person tweeted, “Why the fuck can't you just let people be who they want to be,” Cleese replied, “Deep down, I want to be a Cambodian police woman Is that allowed, or am I being unrealistic ?” 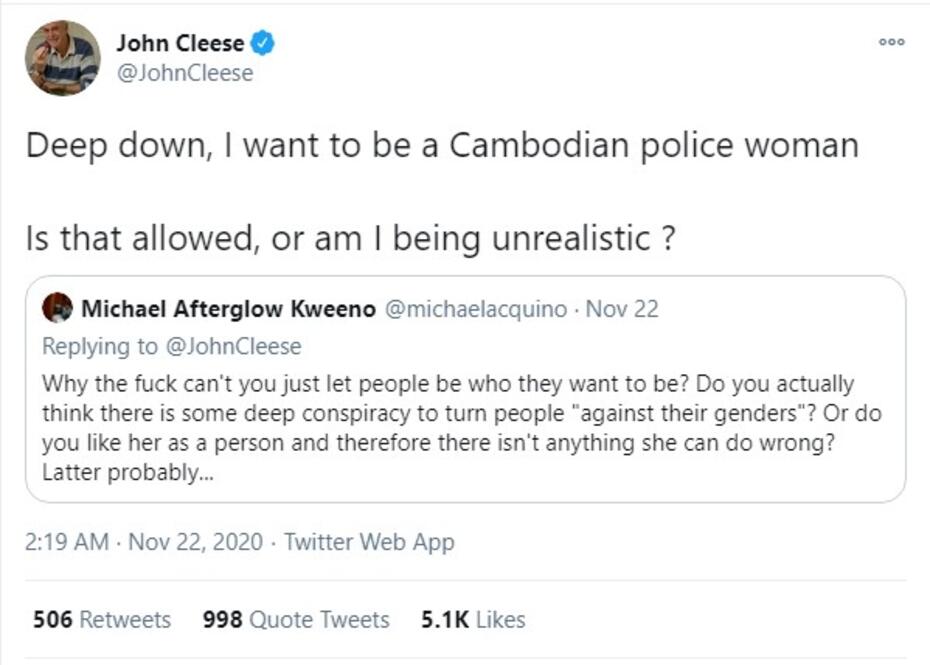 Another Twitter user employed friendly persuasion to make Cleese admit that Rowling was wrong, tweeting, “can we just admit that Ms. Rowling (whom I admire, very much) has made some rather indelicate statements regarding those people who identify differently?” Cleese was noncommittal, tweeting, “That depends who I identify with today…” 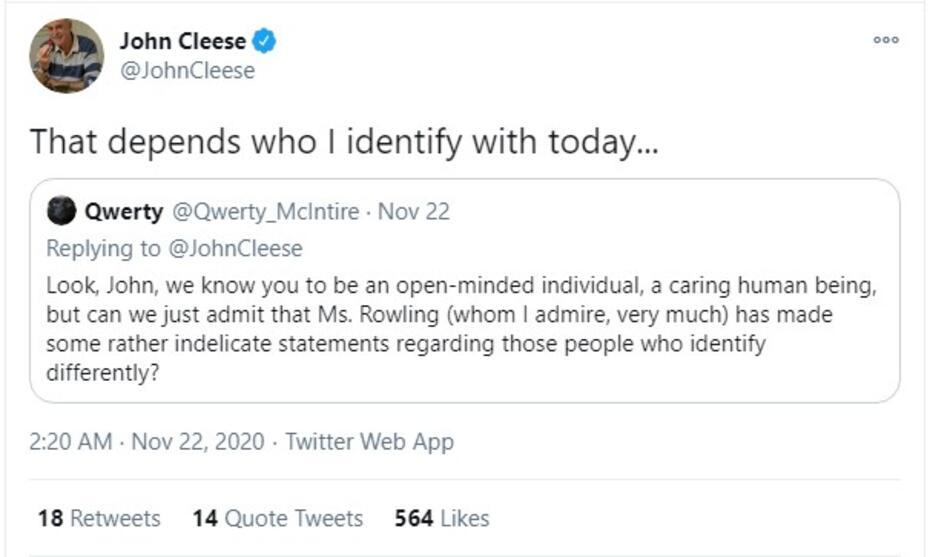 When one Twitter user told Cleese to “be upfront and tell us your thoughts on JKR's position on trans folks,” Cleese replied, “I'm afraid I'm not that interested in trans folks I just hope they're happy and that people treat them kindly Right now I'm more focussed on threats to democracy in America, the rampant corruption in the UK, the appalling British Press, the revelations about police brutality…” 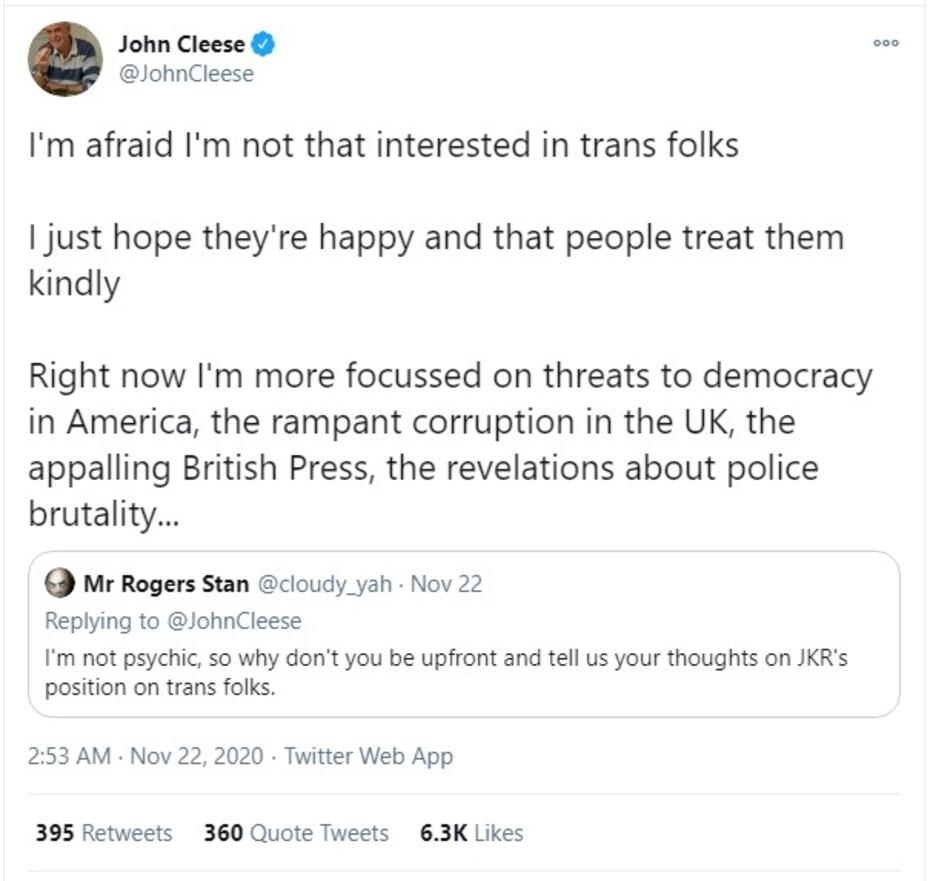 Cleese later evinced his weariness for the woke people, tweeting, “Oh I do sympathy and support all the time, for most of the Third world. Except for Glasgow, of course I exclude all wokes, of course. I hope they fry in their own sanctimoniousness and narcissistic posturing Until they get a sense of perspective, that is…” 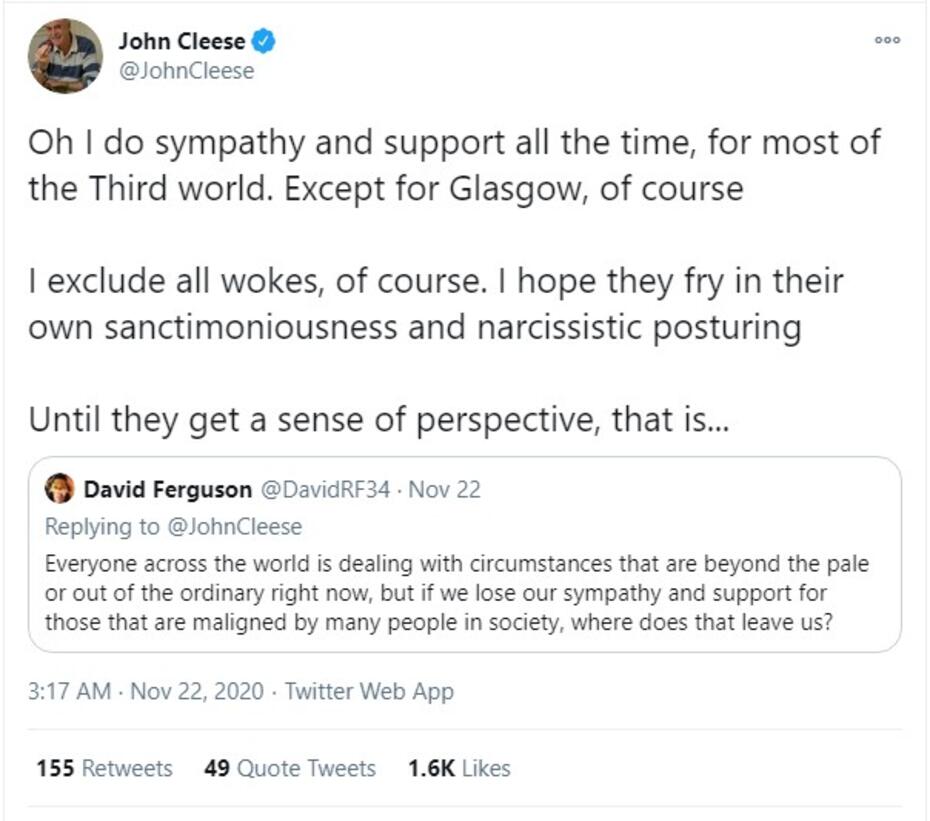 Finally, another Twitter user suggested that Cleese’s view of the Rowling incident and transgenders was “superficial.” Cleese replied, “Yes, my understanding is superficial One thing: When a woman who was once a man is competing against women who have always been women, I think she has an advantage, because she inherited a man's body, which is usually bigger and stronger than a woman's Does that prove phobia?” 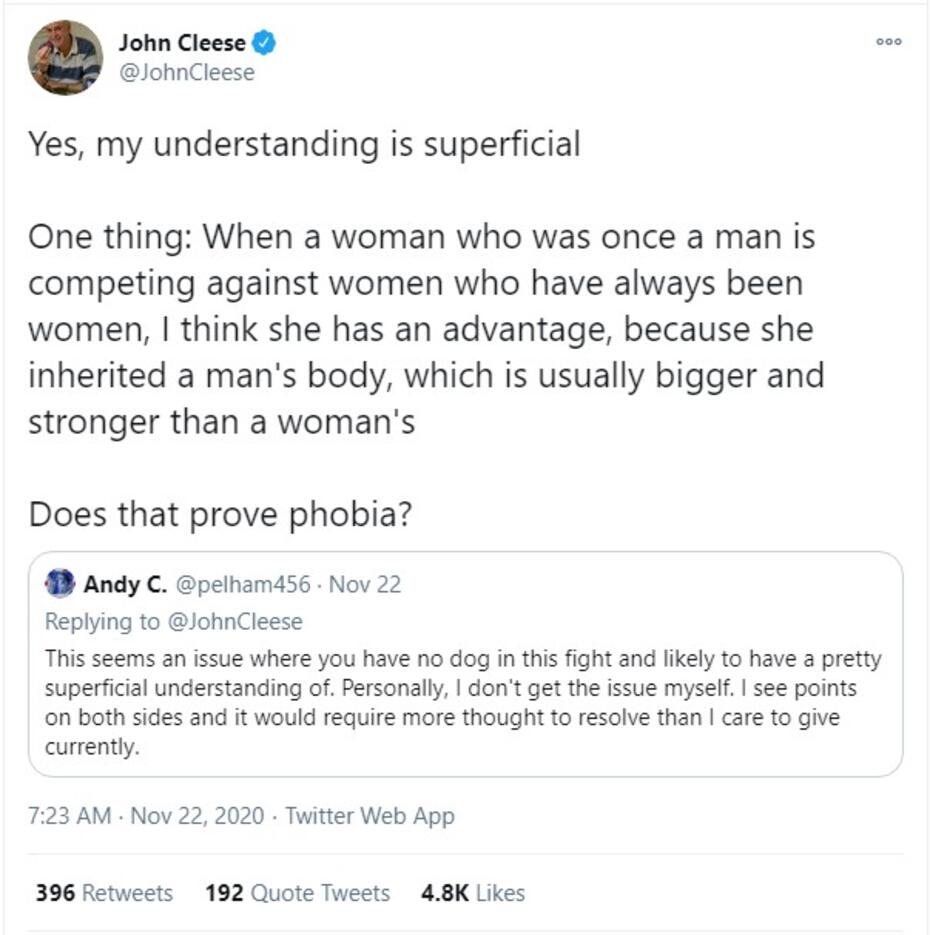 Cleese may hold leftist attitudes, but he certainly knows how to defend himself against transgender supporters.