Even while the big three broadcast networks have been reticent to use the word “genocide” to describe the Islamic State’s assault against Christians in the Middle East, Congress has moved far beyond talk.

At a press conference this morning, Rep. Chris Smith (R-NJ) commended the House for its swift and unanimous passage of H.R. 390, a bill he sponsored to bring practical aid to the persecuted and justice to the persecutors.

Smith, along with co-sponsor Rep. Anna Eshoo (D-CA), Yazidi activist Haider Elias, Chaldean Bishop Bawai Soro and Knights of Columbus president Carl Anderson, condemned the U.S. government’s prior inaction to address the grave needs of minorities in the Middle East, many of whom cannot access federal aid because of their “Internally Displaced Persons” (IDP) status. 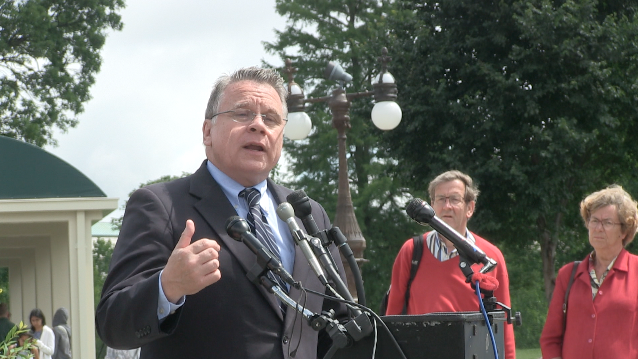 When Smith visited Erbil, Iraq, he was shocked to find that the U.S. Consulate was only a ten minute drive away from a large IDP camp. Yet, no officials had visited the community, racked by severe food shortages and dependent upon private aid, like the $12 million raised thus far by the Knights of Columbus.

“The State Department would not allow any U.S. dollars to go to church organizations,” she noted, speaking of the status quo. “And this legislation allows for that.”

“And there will be accountability for these dollars,” she continued, referring to the federal money the bill seeks to appropriate. “It is so essential to work with those who are on the ground that know exactly where the dollars should go.”

If the Senate passes a similar version of H.R. 390, President Trump is almost certain to sign the legislation into law. Doing so would equip groups like the Diocese of Erbil with resources to better aid the suffering.

And while comforting the poor, displaced and injured is a definite priority of the resolution, holding the perpetrators accountable and resettling the displaced are two major aims. 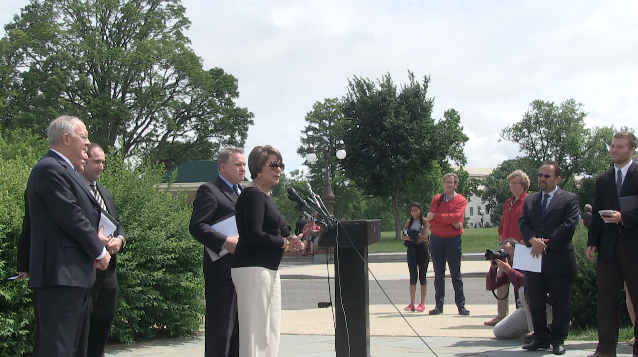 Although ISIS has been pushed back in several places, evacuated peoples have not been able to return to their homes because of security and infrastructure concerns. Repatriating minorities to their homelands is a U.S. foreign policy priority because ISIS – intent on eradicating them – triumphs if they stay away.

“We believe it is absolutely necessary to save these communities,” Anderson stressed. “They are the patrimony of humanity. These are the people who still pray in the language of Jesus.”

Soro agreed, adding that the constitution of Iraq must be changed to fully integrate Christians and grant them equal rights as their Muslim neighbors.

“The Christians of Iraq are the founders of educational and healthcare institutions,” the Bishop declared. “They are peacemakers and catalysts of reform.”

Personalizing the situation, Eshoo reminded the crowd of reporters that Middle Eastern minorities were just like them. They just want to live their lives and return home.

“They too, like people in our country, want their lives to go on,” the congresswoman explained.

While many languish in IDP camps, others – especially women – face ongoing sex slavery and forced marriage at the hands of ISIS. This happens while thousands of American women and feminist media laments lament the Trump administration’s supposed “war” on their rights here in the States.

Presented with that juxtaposition, Elias was blunt. “The real war on women is taking place in Middle East and especially against minorities such as Yazidis and Christians,” he declared.

“As of today we still have more than 2,500 women and female children who have been kidnapped by ISIS members in front of the entire world’s eyes,” he continued. “They’ve been enslaved, they’ve been raped, they’ve been forcefully married to the members multiple times.”

“Boko Haram in Nigeria, El Shabab in Somalia, or in this case, ISIS,” Smith chimed in. “They are so cruel to women: rape, all kinds of sexual slavery, and they sell women like they’re commodities.”

“I say to those advocates of women in United States and supporting the women’s rights and empowering women … to also support those Yazidis and Christian women,” Elias concluded, “because they are also women.”

Thankfully, groups like the Knights have worked to specifically reach these oppressed communities, under the double burden of faith and gender. For example, they are funding a medical clinic that acts as one of the primary reception facilities for Yazidi women escaping sexual slavery.

If only the broadcast network news shows from ABC, CBS and NBC would heed Vice President Pence’s urging to call genocide “by name.” 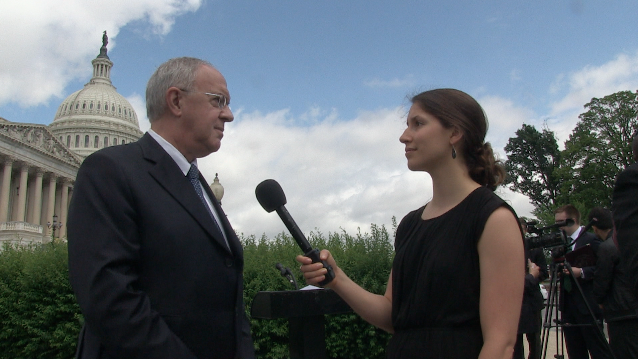 When asked about network reticence to use the word “genocide,” Anderson and Smith found the silence “disappointing.”

“The first thing we have to do and I hope all the media networks do this, is to face reality,” Anderson stressed. “And the reality is these people are suffering genocide, they are suffering from terrorists who want to extinguish them from the region.”

“It has been bewildering, and even more importantly, disappointing, that even when the [genocide] designation has been placed there by the US government and the US congress. I’m not sure, is it a discriminatory policy against Christians, perhaps?” he wondered.

Despite network media reluctance, members of the Trump administration – particularly Vice President Pence – have clearly called the genocide what it is. And as Anderson noted, the broad, bipartisan support that H.R. 390 saw in the House is evidence that the country is united about that fact that terrorism will not win.

Now, if the resolution becomes law, there will be more tangible steps taken to bring reintegration and justice to the Middle East.