Ominous: ISIS Cautions Muslims to Stay Away From Christian Meetings

As devastating as Egypt’s Palm Sunday bombings were, the country’s Coptic Christian community is bracing for further violence to come. 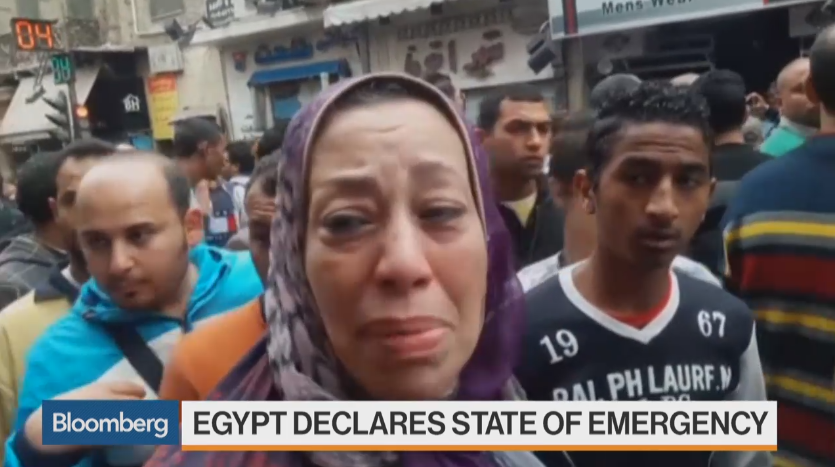 On Friday morning, Newsweek reported that an ISIS leader had ominously cautioned Muslims to stay away from Egyptian Christian meetings.

“We are warning you to stay away from Christian gatherings, as well as the gatherings of the army and the police, and the areas that have political government facilities,” the leader wrote in the weekly issue of Al Naba, an ISIS news platform.

Following the jihadi group’s cold-blooded church bombings on April 9, resulting in forty-four deaths, and countless injuries, the threat is a chilling one.

There is no question that Christians are the target of terrorism. In February, Newsweek writer Jack Moore noted that ISIS called Christians their “favorite prey.”

In an op-ed for US News & World Report, opinion contributor Grazie Pozo Christie wrote: “The Caliphate has set its heart on the destruction of Christianity, and the cleansing of the land of the Christian people.” But even amidst the pain of this reality, Coptics like Samira Fahmi have been able to be a witness for Christ. Moving thousands of viewers and stunning Muslim TV host Amr Adeeb, Fahmi openly forgave her husband's killers on live TV, proving that the Christian community is powerfully resilient.

Still, the networks continue to downplay the situation in the Middle East by rarely using the word “genocide” to describe it.