Say What?! Madonna Laments ‘Nobody In Entertainment Takes a Political Stance’

In a Harper's Bazaar interview published January 10, Madonna made the stunning claim that she is only one of a “handful” of politically vocal people in the entertainment industry. Say what?!

Upon being questioned by interviewer Roxane Gay, Madonna frankly admitted her art was political, “because I’m political.” The singer then cited her belief in freedom of expression, equal rights and female sexual liberation. No surprises there. 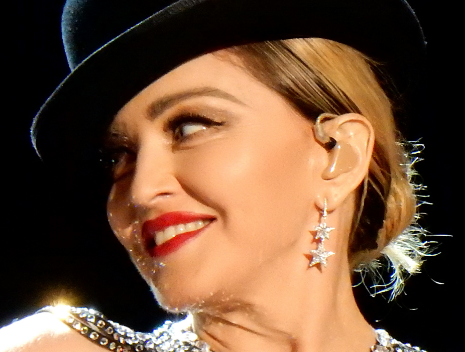 But Madonna shocked with her honest opinion that Hollywood was “quiet.” “I mean, nobody in the entertainment business except for maybe a handful of people ever speak out about what's going on,” she continued. “Nobody takes a political stance or expresses an opinion.”

This comment is rather laughable, considering that celebrities who didn’t make political statements this election season (like Taylor Swift) were more newsworthy than those who did. And honestly, how did she escape all those celebrity voting videos?

Maybe Madonna would have liked to see more stars attack Donald Trump. After all, the denizens of Tinsel Town were rather cocky about Clinton’s presumed victory. Schmoozing at fundraisers is easy. Maybe they could have taken a cue from Madonna herself and promised sexual favors to Clinton supporters.

That sort of lewdness has long been a Madonna trademark and contributes to the politicization of her work. “I believe women should own their own sexuality and sexual expression,” the singer declared to Gay, who was clearly a Madonna fan. A self-described “good Catholic girl,” Gay noted that she reminisced about her childhood obsession with the singer in the days leading up to the interview. As a youth, she was particularly enamored with Madonna’s “blending” of “transubstantiation and eroticism” in “Like a Prayer.” Raised Catholic, Madonna claimed in 2015 that she can "go back [to the faith] any time I want and take whatever I want from it."

Madonna clearly shares her religious, sexual and political liberalism with many in the Hollywood community. And on election night, she also partook in the overwhelming despair that blanketed L.A. like summer smog.

“It was just like watching a horror show,” the pop star told Gay. To cope, Madonna read from the Zohar, while her friend read the Quran. “We were doing everything: lighting candles, meditating, praying, offering up our lives to God forever, if only,” she recounted.

But Hillary Clinton–Hollywood’s idol–lost. And now, each morning, Madonna claimed she still feels the pangs of her broken heart. “It’s like being dumped by a lover and also being stuck in a nightmare,” she reflected.

If she really wants to move past this lachrymose state, something "like a prayer" could actually help.