It’s one thing to mourn death. It’s another to wish it. While some prayed for an end to celebrity deaths in 2016, actor Charlie Sheen asked God to kill president-elect Donald Trump. 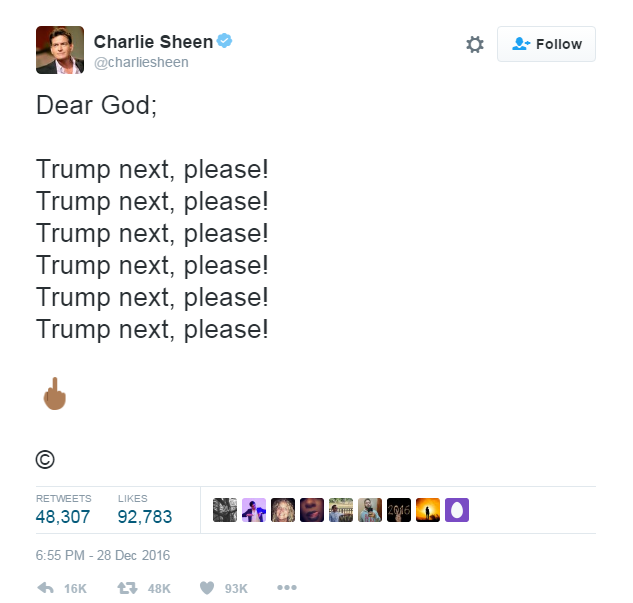 It was a tweet designed to get a response, just not necessarily the one he wanted. According to Cosmo’s Gina Mei, the tweet “quickly garnered major backlash from Republicans and Democrats alike.” In her coverage of that reaction, US Weekly writer Kathy Campbell wrote that some people suggested “there would be far less humor involved if he’d tweeted the same sentiment about President Barack Obama.”

Deadline Hollywood highlighted several news anchors who weighed in. CNN’s Jake Tapper linked to Sheen’s post and tweeted: “What is wrong with people? Just stop. It’s not cute or funny.” Fox News’ Howard Kurtz echoed Tapper’s sentiments. “How did we reach a point where it’s ok to wish death on someone over political differences? Charlie Sheen has led such an exemplary life?” 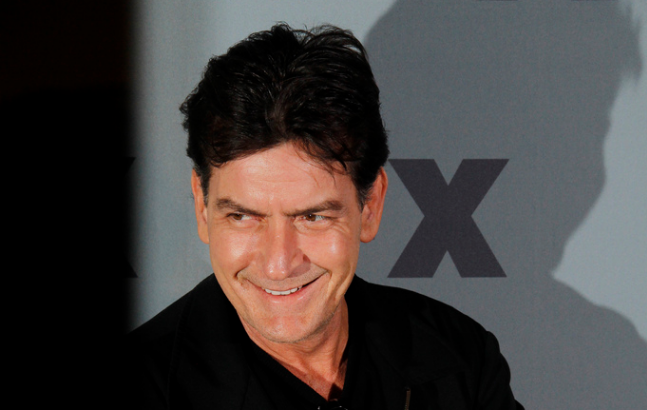 AOL News reporter Sasha Lekach criticized Sheen for shifting the focus from a commemoration of actress Debbie Reynolds to criticism of Trump. “With a tweet like that,” Lekach wrote, “Sheen may have the Secret Service knocking on his door before this no good, terrible, horrible year finally ends.”

On December 29, the actor posted a response to the outcry: “The media’s reaction to last night’s tweet, is inanely emblematic of the panoramic timorousness, draped vastly and wantonly, across any and all expressions of hope or joy, that we now dare to publish or impart. Oh, and by the way, I was talking to God, not you.”

This is not the first time a celebrity or public figure has wished Trump dead—it has happened on at least 10 prior occasions.