‘Hark! The Nasty Women Sing’ For Birth Control This Christmas

On December 17, a crowd of women gathered on the snow-covered grounds of New York City’s Trump International Hotel. Dressed in red choir gowns, they pulled out songbooks and began to sing familiar Christmas tunes. However, upon closer inspection, listeners realized that the lyrics had been given a feminist twist.

“Hark! The nasty women sing, glory to the Nuva ring! Joyful all erections rise, get an implant if you’re wise,” the “Nasty Women’s Choir” crooned. Then later: “You better watch out, You better not hump, You better pull out, Cause our president’s Trump, Donald Trump is coming to town.” 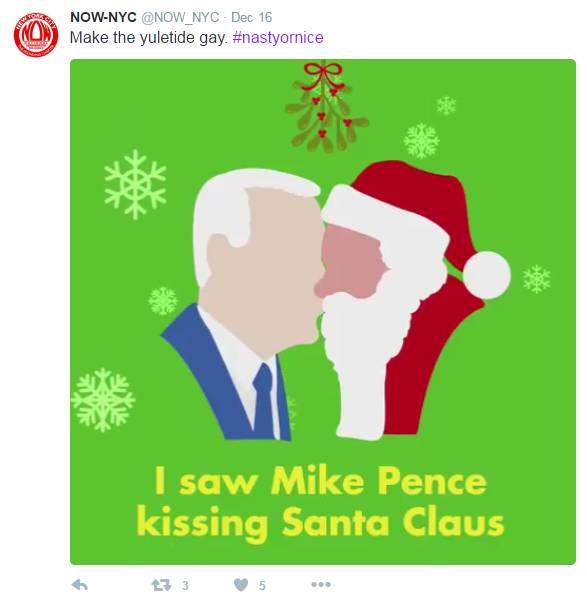 The singing event was part of the National Organization for Women’s (NOW) Nasty or Nice campaign, a holiday-themed protest of perceived infringements on reproductive rights. And according to Mashable’s Katie Dupree, the “hilarious” and “cheeky” anthems were received in an “overwhelmingly positive” manner. (To that, I would add, it is Manhattan we’re talking about.)

Ever since November 8, feminists have fought their battles with renewed vigor, intimating that the Trump administration would virtually eliminate easy birth control access. In reality, it is only free contraception that might disappear. But nevertheless, pundits began to lament, people took to social media, and soon women were frantically researching long term birth control options that could outlast a Trump presidency.

“Ladies, are you wondering what the Trump administration means for your reproductive rights?” Daily Show host Trevor Noah asked on a December 14 segment. “And fellas, are you wondering what to get your lady this holiday season?” After a focus group of women discussed their plans to stock up on Plan B or get an IUD, the screen switched to a fake commercial of a couple ice skating. The man fell on one knee, opened a small box and delighted his girlfriend…with an IUD. 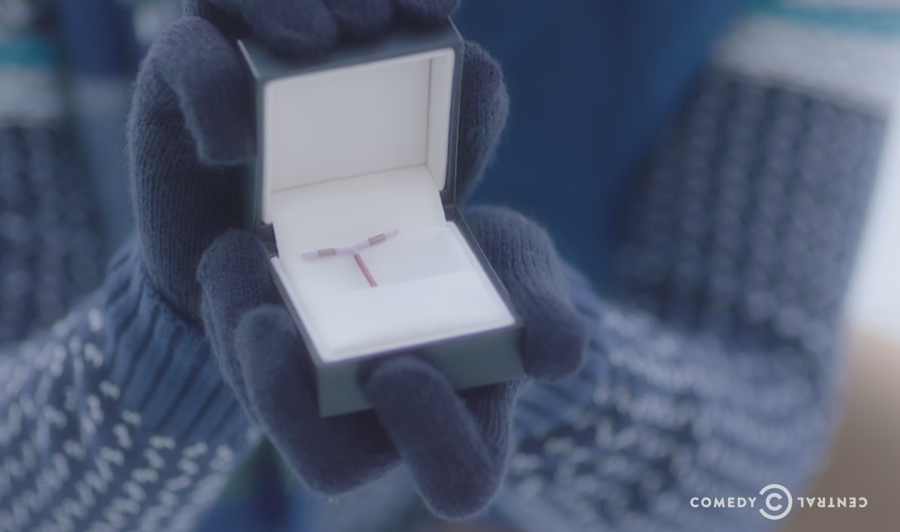 So is contraception the hot gift this season? The Nasty or Nice campaign seems to think so. Along with snarky descriptions, the NOW sponsored website gives an assortment of reproductive health themed “holiday gifts for nasty women,” including IUDs, the ring, emergency contraception, the pill, condoms and even female sterilization surgery. An implant, the site reads, “is the perfect gift for the woman who doesn’t need another pair of small hands in her life right now.” (Note the dig at Donald.) A calendar for fertility planning also doubles as a way to “plan for upcoming events like the impending apocalypse.”

And if you want to communicate the sentiment of #HeForShe solidarity without laying down big bucks, Nasty or Nice has ornaments with a mini IUD inside of it. “If you’re still looking for that one ornament to complete your Christmas tree this year, consider your search over,” wrote Refinery29’s Kimberly Truong of the bauble.

But in the end, as New York magazine writer Claire Landsbaum noted, “In a world full of lawmakers trying to dictate what women can and can’t do, giving her the power of choice is the best way to show you care.”