There were plenty of surprises this election season. While documentarian Michael Moore and pundit Ann Coulter stole the show with their solid predictions that Trump would win, many journalists and celebrities were certain it would never come to pass. Below you will find a list of some of the most confident—and wrong—election predictions. 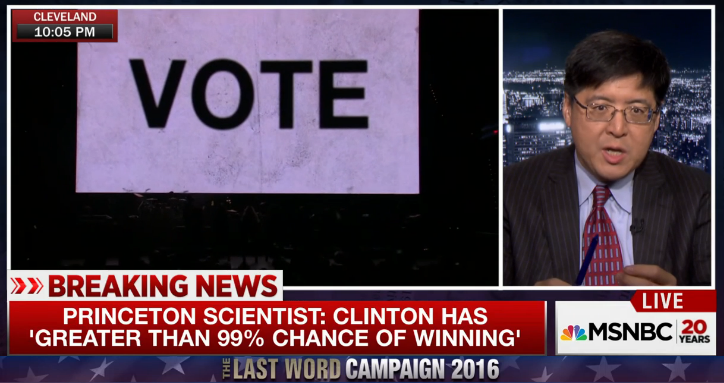 According to Princeton Election Consortium founder Sam Wang, Hillary Clinton had a 99% chance of winning the election on the evening of November 4. In a discussion with MSNBC’s Lawrence O’Donnell, Wang confidently stated: “The odds are overwhelming of a Hillary Clinton victory on Tuesday...” Highlighting the consortium’s 99% figure, O’Donnell appeared pleased to confirm with Wang that Hillary “got the best score she could get.” And the last word on the topic? “Given the way things stand right now,” Wang concluded, “it would take a very large weather event to change things.” Such as a landslide, perhaps?

Have a Nice Trip, See You Next Fall

On the November 7 segment of Good Morning America, ABC News Political Analyst Matthew Dowd declared: “We're in the 25th mile of the New York Marathon, and Hillary Clinton is about four miles ahead… Can Donald Trump still win? Yeah, but she would have to not only stop running, she would have to walk, and she would probably have to fall down if she were to lose at this point.”

Ironically, Clinton nearly fell on September 11, when she overheated at a memorial ceremony. As a result of this incident, Dilbert creator Scott Adams predicted that the Democratic candidate had become “unelectable.” “When a would-be Commander-in-Chief withers – literally – in front of our most emotional reminder of an attack on the homeland,” Adams wrote, “we feel unsafe. And safety is our first priority.”

Think Before Cher-ing on Social Media… 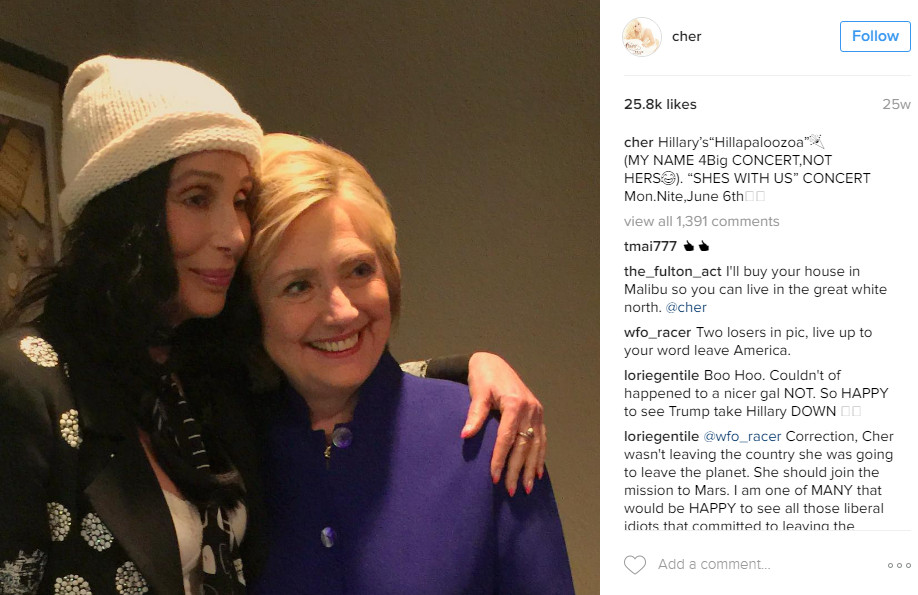 How Do You Explain That to Your Granddaughter?

In a November 8 Hardball panel, MSNBC’s Chris Matthews helped female Trump supporters imagine the shame they’d feel living under the upcoming Clinton administration. “So, six months, six years, 60 years from now, do you want to be a mother that said, ‘I voted against Hillary Clinton when she when she ran for president as the first woman,’ when she does win. And say, “I voted for this guy named Donald Trump who I can't quite explain what he said, because he said awful things, but I voted for him. Not Hillary, the first woman president.’ How do you explain that to your granddaughter?” I guess it’s a moot point now, Chris. 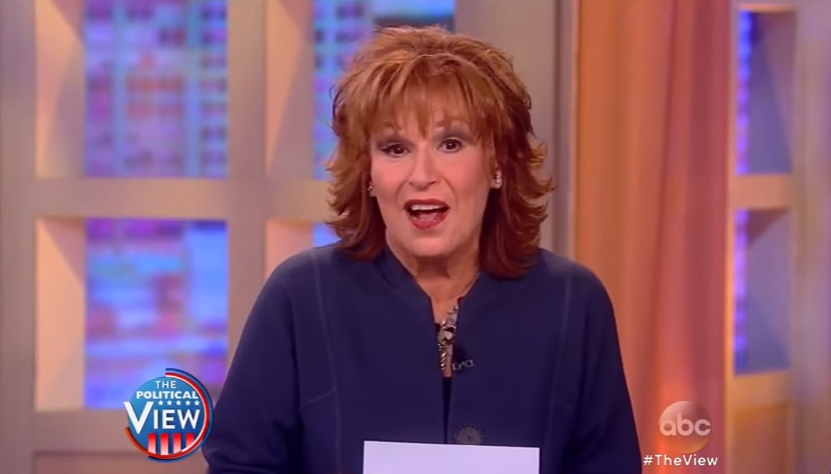 In an October 2015 episode of The View, Joy Behar questioned guest Ann Coulter about Trump’s potential as the GOP nominee. “Republicans seem to be coming to terms with the fact that…pause…Donald Trump may in fact be the nominee,” Behar stated incredulously. When Coulter expressed that she had been “saying it all along,” Behar was assured of the general election outcome. “I mean what happens if he runs against Hillary?” she questioned. “He’ll be demolished!” Whoops.

We’re On the Brink of A Liberal Renaissance

One doesn’t need to go much further than the title of Michael Cohen’s June 11 piece to realize that he was quite certain of the outcome of the 2016 election. In his Guardian article “Trump won’t win. In fact, the US could be on the brink of a liberal renaissance,” the author and columnist declared that the “Republican electorate looks nothing like the rest of the American electorate.” What’s more, he argued, “Trump has systematically alienated the demographic groups that he will need to win the White House.” Interestingly enough, post-election punditry reached the conclusion that Clinton had done exactly that with the denizens of Middle America.

On August 6, Australian media outlet News.com published a piece titled: “Your Six Most Terrifying Donald Trump Fears and Why They Won’t Come True.” The author, Sydney-based freelancer and women’s magazine contributor Alexandra Carlton, wrote: “TAKE a deep breath and repeat after me: Donald Trump is the Y2K Bug of 2016. He’s a pretend fear. He will never sit in the Oval Office.” She confidently continued: “Bookmark this page and come back to it every time you read another panicked poll or terrified Facebook post from one of your friends. This is your safe space. It’s not going to happen.”

Can We Say This Yet? ...President Hillary Clinton

SNL thrived on caricaturing Donald Trump this fall, but it was pretty obvious that the show’s screenwriters and comedians thought the candidate was a joke. In the October 16 episode spoofing the second debate, Cecily Strong as Martha Radditz declared: “Please help us welcome the candidates, Republican nominee Donald Trump and…can we say this yet?” she asked Anderson Cooper, played by cast member Alex Moffat. When he responded, “Probably fine,” Strong announced “President Hillary Clinton” to a burst of applause.

At Least I Will Go Down As President 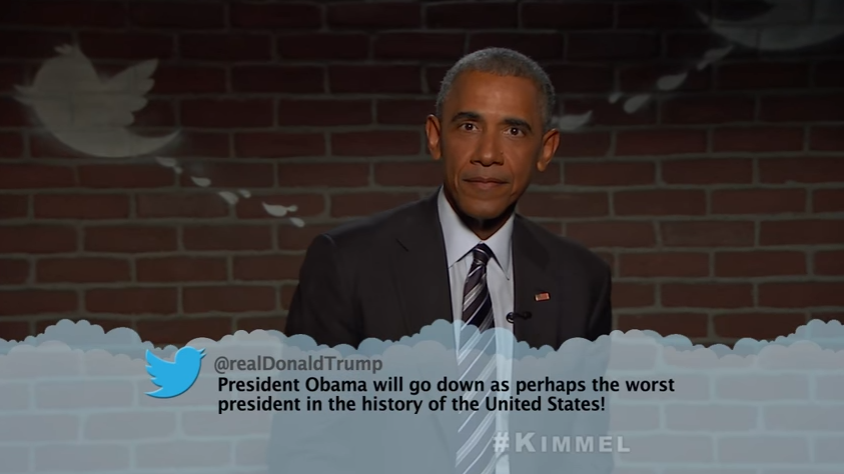 Jimmy Kimmel Live is well known for its “Mean Tweets” segments, where celebrities read 140 character epithets directed at their persons. President Obama has joined in the fun on multiple occasions. In the “President Obama Edition 2” video, he read a tweet from Donald Trump declaring that “President Obama will go down as perhaps the worst president in the history of the United States!” In response, Obama stated: “Well, @RealDonaldTrump, at least I will go down as a president.”

As Jimmy Fallon told Hillary Clinton during a chummy interview, Trump is “the best thing that happened to our show, I mean he’s in every, every monologue.” In fact, all of the late night show hosts caricatured the President-Elect, treating him like a clown. Stephen Colbert’s following comment was just one of the many like it. “And so, right now, Mr. Trump, to answer your call for political honesty, I just want to say ‘You’re not going to be president, alright? It’s been fun, it’s been great, I love you, but, but come on, come on, buddy!’”