Celebs Court Millennial Vote: ‘Trump Is Human Syphilis, We Can Be the Antidote’

They’ve used their star power. They’ve tried nudity. Now, they’re employing crude and extremist language. In the most recent of a string of Hollywood voting videos, twenty-five celebs banded together with the convincing message: “Holy fucking shit, you’ve got to vote.”

In the video, released by Funny or Die, actress Rachel Bloom opened on the piano: “I can’t believe I’ve had to stoop so low, but an orange talking STD has driven me to this recording studio.”

Bloom was then joined by an assortment of other stars, including Amber Rose, Jesse Tyler Ferguson, Elizabeth Banks, and Jane Lynch. “We may not be geniuses, although we play them on TV, but we know we shouldn’t let this man grab America by the pussy,” some sang.

Then others chimed in: “And it really doesn’t take a rocket scientist to know, when your rocket’s fucking racist that racist rocket will explode.” 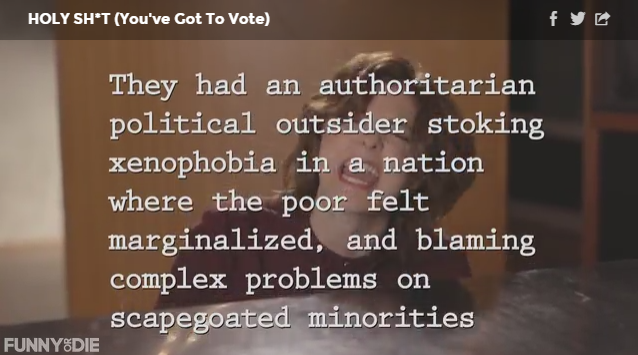 After calling Trump “human syphilis” and positing that Mein Kampf, when broken into tiny parts, “reads like a Trump rant on Twitter,” the celebrities urge Millennials that they are “our only hope” toward precluding that “sentient septic tank” from rising to power. Bloom even suggested similarities between our current political climate and post World War 1 Germany.

Amusingly, Bloom revealed to Entertainment Weekly that she was afraid of being “preachy.” She must have quelled that concern pretty quickly. 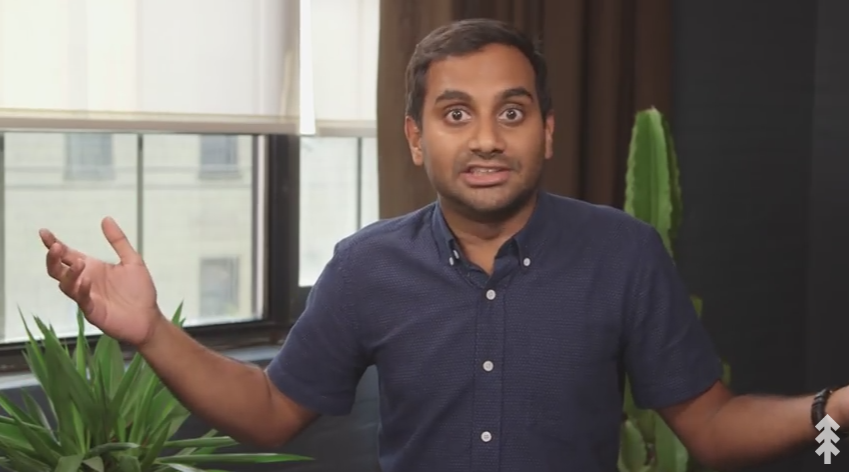 In the words of Master of None Emmy winner Aziz Ansari, who grudgingly recorded his own electoral appeal: “Apparently there’s someone watching this video that’s on the fence about voting and they’re going to see me telling them to vote and then they’re going to be like ‘OK, I guess I’ll vote.’” What, what the fuck do you need? How many celebrities have made these stupid fucking videos?”