Although NBC spent 11 years bolstering the Trump name, the network has engaged in a concerted effort to tear the mogul down through its entertainment programming. 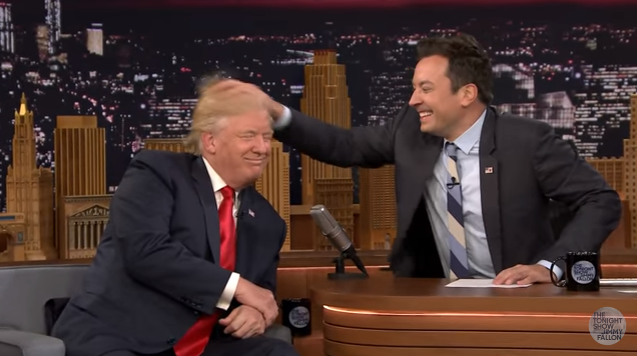 From 2004 to 2015, Trump enjoyed a mutually beneficial and ethically dubious relationship with the network that featured his shows Miss Universe and The Apprentice. Over this time period, NBC aired 21 times more positive stories about the real estate mogul than negative ones. Furthermore, the network donated more than $500,000 to the Trump Foundation. However, since the campaign season took off, NBC has rescinded support and launched a strategic takedown plan through its entertainment programming. As the target of everything from Saturday Night Live sketches to the focus of an upcoming Law & Order: SVU episode, Trump has been lampooned or derided in a total of seven NBC shows.

The Hot Mic Scandal: All in the Plan

The most recent and glaring example of NBC’s anti-Trump campaign was the strategic release of hot mic audio that revealed Trump’s lewd comments about actress Arianne Zucker. According to TMZ, it was all part of the takedown plan. “Multiple sources connected with NBC tell us ... top network execs knew about the video long before they publicly said they did, but wanted to hold it because it was too early in the election. The sources say many NBC execs have open disdain for Trump and their plan was to roll out the tape 48 hours before the debate so it would dominate the news cycle leading up to the face-off,” TMZ wrote.

How else has NBC strategically wielded its programming?

Entertainment TV: ‘We Must Address the Politics’

NBC has another timed release up its sleeve – this time on its hit show Law & Order: SVU. A whole episode, titled “Unstoppable,” will focus on the story of a politician facing a campaign meltdown after sexual misconduct allegations from numerous women. It is set to air less than two weeks before the election. Coincidence?

Nope. Even the retired cast of Will & Grace returned a decade after their show’s last run in order to air a Hillary Clinton ad, thinly disguised as a cast reunion. In the short episode, Grace managed to convince Jack to vote for Clinton after he expressed indecision. Attempting to sway him, Trump supporter Karen lampooned conservatives and the Republican candidate in all the worst ways, making such ridiculous comments as: “If you don’t vote for Trumpy, there’ll be wars, monsoons, locusts and hordes of brown people pouring over our borders from every direction. I mean it’s one thing if you’re sitting in the audience at Hamilton, but do you really want to see those people everywhere?” 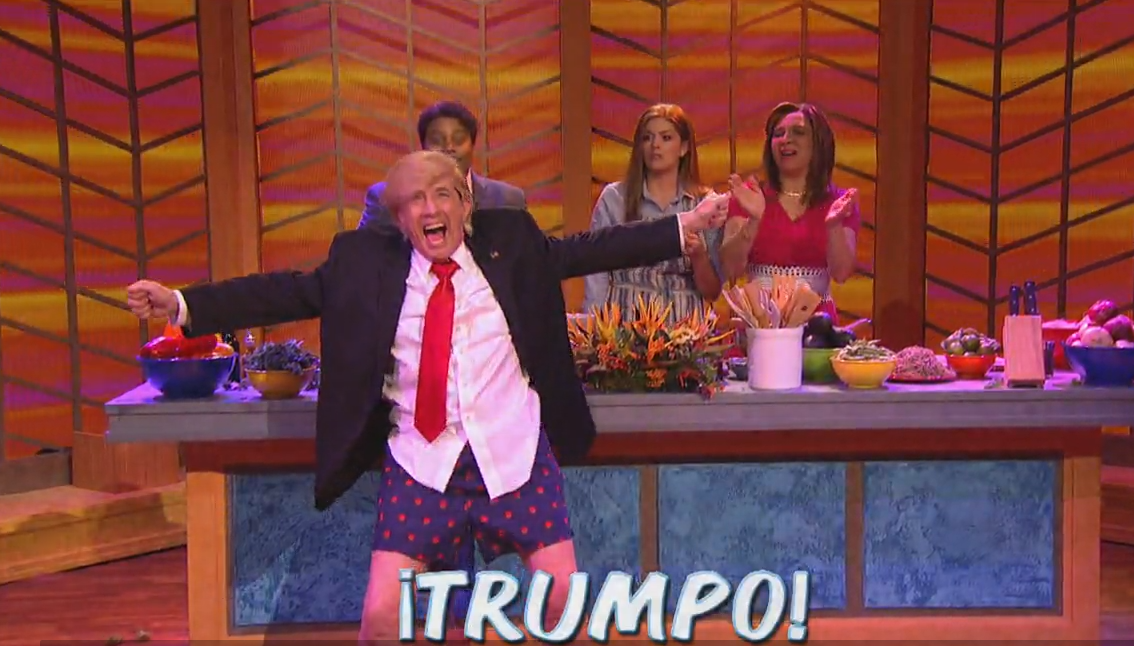 Commenting on Trump’s views of “brown people” and his Mexican wall seemed to be a focus of humor surrounding the candidate. After the mention of the word “wall,” Trumpo danced around pantsless throwing salad greens on an episode of NBC’s Maya & Marty. When the chef asked Maya if Trumpo “comes on the show a lot,” Marty explained: “it is a political year, so we must address the politics.”

Such is the case with The Carmichael Show. “The world won't let you avoid talking about Donald Trump,” series co-creator Jerrod Carmichael declared in an interview with THR. But at least Carmichael took a more mature approach than most. “This isn’t just a ‘Donald Trump is crazy’ episode. It’s really just a ‘Well, what does this say about America?’” He stated. “I want to have an open, genuinely balanced argument about even Donald Trump.” Although the candidate was lampooned in an eponymously titled episode, so were Hillary Clinton and Bernie Sanders (to a lesser degree). When character Maxine declared that Trump “very well could be the next Hitler,” she was at least met with resistance to that idea.

Late night shows have been like a boxing gym, with Trump as the punching bag.

Indeed, during a chummy interview with Hillary Clinton, Tonight Show host Jimmy Fallon declared that Trump was “the best thing that happened to our show, I mean he’s in every, every monologue.” The two then laughed like old friends.

Fallon has not only called Trump names, but has also become an imitation expert. In over ten separate instances, the host dressed and spoke like the candidate, performing unflattering sketches that garnered him millions of social media views. Of course, when Fallon actually interviewed Trump, even mussing up the candidate’s hair, the media gave Fallon flack for “humanizing a dangerous man” in a “softball” manner. 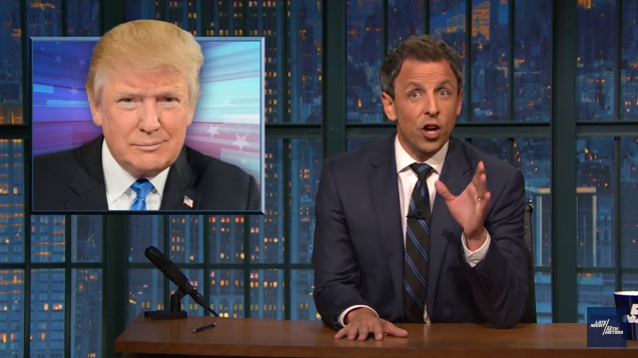 On Late Night, Seth Meyers also took repeated pot shots at Trump, even expressing the view that “calling him a racist or fascist is important…” The host even made a deal with the candidate, declaring: “I wanted to announce here for the first time on our show to Donald Trump, if you drop out of the presidential race any time between now and the beginning of the GOP convention on July 18, NBC will award you a 13-episode scripted series where you would play the president of the United States of America. You hear that?”

But some NBC reporters seem not to understand the extent of the strategic plan.

“Saturday Night Live may finally be facing its Trump problem head on,” wrote NBC’s Jillian Sederholm on Oct 9, 2016. Except, in reality, SNL has already been lampooning Trump for months. Although lefty actor Alec Baldwin and actress Kate McKinnon routinely spoof both candidates, Baldwin’s recent caricatures of Trump have been especially damning. For example, after the first presidential debate, Baldwin and McKinnon went head to head in a debate cold open, which has received nearly 16.5 million views on YouTube. Among other ridiculous statements, Baldwin’s Trump declared: “All the blacks live on one street in Chicago, all on one street, I just read it this morning, it’s called Hell Street. And they’re on Hell Street and they’re all just killing each other, just like I am killing this debate.”

Baldwin’s star power only adds to the impact of his parodies. In fact, on the October 4 segment of Fox News’ Outnumbered, commentator Kennedy Montgomery announced that SNL is “scoring its highest season premier ratings since the 2008 campaign.”

Speaking of ratings, the most current polls (and their reflection on the Electoral College) indicate that Trump has a slim chance of winning the election as it is. Yet, the supposedly neutral broadcasting network has taken it upon itself to ensure that he doesn’t.

Indeed, NBC may as well stand for “None But Clinton.”