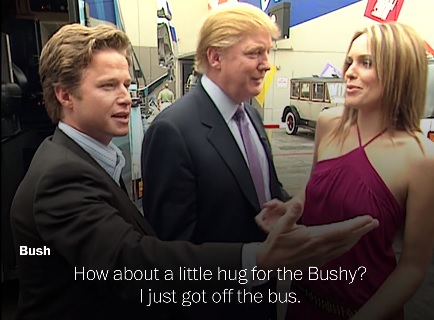 NBC executives had planned to use video of the vulgar discussion between Republican presidential candidate Donald Trump and Billy Bush to influence the election.

TMZ reported on Oct. 12, that NBC executives knew of the existence of this taped conversation before The Washington Post released it to the public — although they’ve claimed to only know about it for about a week. The actual incident dates back to 2005.

TMZ sources said the news network wanted it to be released at the right time, when it could most impact the town hall presidential debate and the November election.

“Multiple sources connected with NBC tell us ... top network execs knew about the video long before they publicly said they did, but wanted to hold it because it was too early in the election. The sources say many NBC execs have open disdain for Trump and their plan was to roll out the tape 48 hours before the debate so it would dominate the news cycle leading up to the face-off,” TMZ wrote.

According to the report, Hurricane Matthew forced NBC to stall the release and then it was leaked to the Post.

On Oct. 7, the Post released video of then-Access Hollywood anchor Billy Bush “goading” Trump in a lewd conversation about women that included references to trying to have sex with married women, kissing women without asking them and grabbing women by their genitals.

TMZ was told that NBC’s plan was to air only a portion of the tape in order to protect Today anchor Bush, who has since been suspended and will likely be fired soon.

Through the Apprentice, Miss USA and Miss Universe, NBC had a financial relationship with Trump for more than a decade and boosted his persona as a businessman and potential political figure during that time. From 2004-2015, NBC’s Trump coverage was overwhelmingly positive.

Bush particularly praised Trump, actually dubbing him “the next president of the United States” on Nov. 3, 2004, when he took Trump to the polls to vote. Bush encouraged other voters to “Write him in! Write him in!”