'America Is the Best'! New NBC Comedy Looks on the 'Sunnyside' of Life in the U.S. 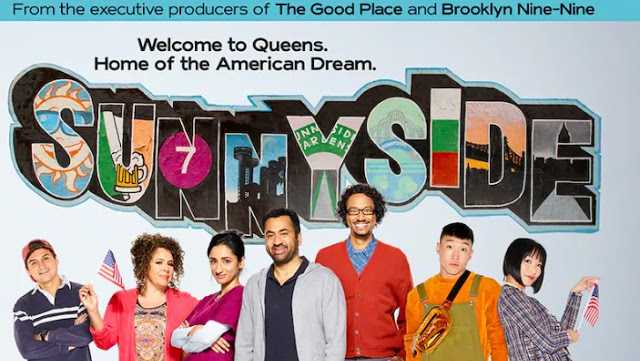 Sunnyside just aired its pilot episode "Becoming a Citizen is Complicated" Thursday and for once NBC put out an episode that properly recognizes and celebrates the American dream.

Garrett Modi (Kal Penn) is a young, irresponsible councilman who has just been unanimously voted out of office due to his excessive partying and lack of real political action. Forced to move in with his sister, he comes up with an idea to make money that involves allowing people to pay to ask him questions and mock him by the hour.

It just so turns out that one of the calls he receives is from a group of immigrants attempting to get their citizenship after the class they had been in got shut down. Since they offer to pay him, he agrees to help them out, and thinks that this will aid him in his reelection campaign.

As Garrett spends more time with his group of misfits he has a genuine change of heart and realizes that he truly does want to help them to become American citizens, for their own sake and not simply for his own political gain.

This is especially true after a conversation with the Ethiopian cabdriver Hakim where he discovers that in Ethiopia Hakim was a cardiothoracic surgeon. This prompts him to ask Hakim why he decided to move to America, since life was easier in Ethiopia. Hakim demonstrates the sacrifice people from all over the world are willing to make for the American dream.

Hakim: "Because America is the best. Here, anything is possible. Eh, so what I have to fill out some papers, drive a cab, leave my Jet Ski back home-"

Garrett: "Oh, man, that sucks you had to give that up."

The next day Garrett discovers that one of the immigrants named Drazen got taken by ICE. Even though Drazen has a green card, "he messed up something on his paperwork." When Garrett talks to his sister about it she says she's not surprised, "It's been happening for years" (thanks, Obama).

All in all, Sunnyside was a pleasant surprise. Sure, there were a few points of liberal bias; for example, Garrett seems to view immigrants as better than American born citizens: "You know, when you're born in America, you never really have to learn how lucky you are" - speak for yourself! And, of course, there was yet another unfair ICE detention on TV, but all in all the immigrants portrayed in this show demonstrate their love of and appreciation for America and the greatness she can offer them.