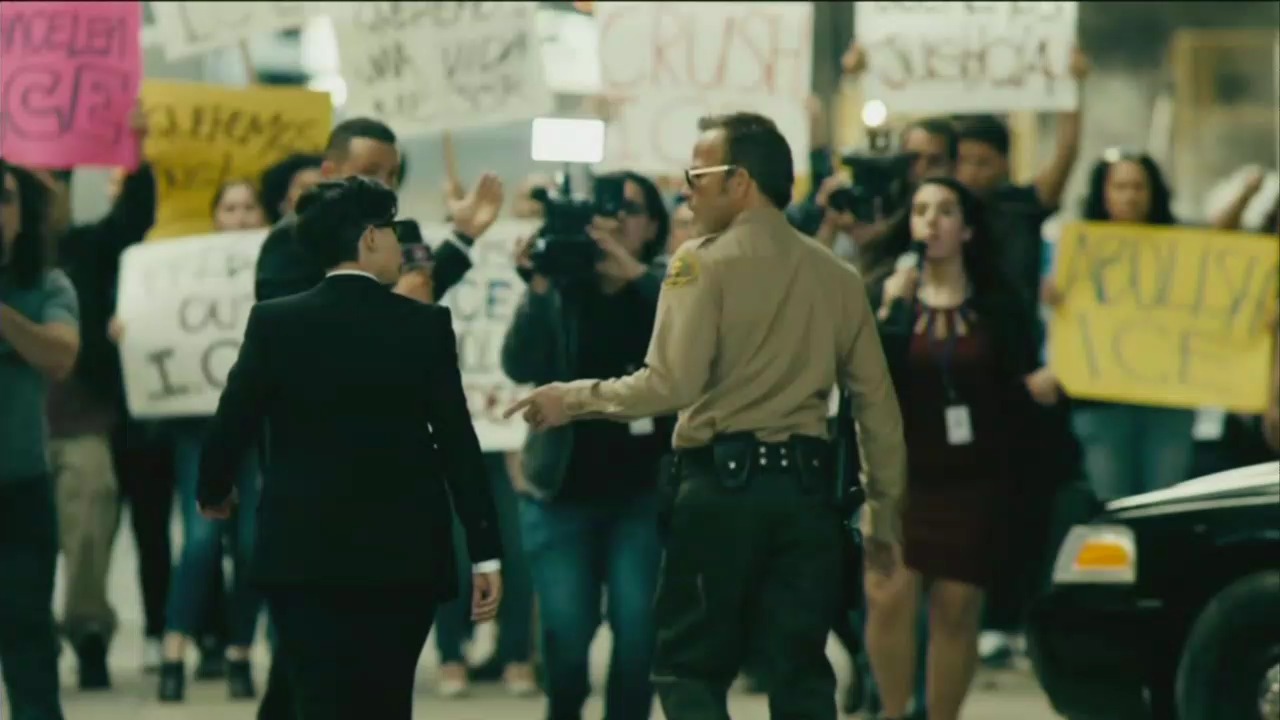 Hollister was a tough guy who does things a bit unorthodox. How does the show portray Hollister? Its premiere episode, “Graduation Day,” aired on January 2 and opened with Hollister, then still a sergeant, being disciplined for warning residents of an upcoming ICE raid. Not only that, he went on a rant about his duty to protect immigrants, regardless of if they’re criminals ICE is doing their job protecting Americans and other immigrants from:

Board Member #1: Sergeant Hollister's storied history with this department is well-known to this board. Equally well-known is his history of recalcitrance, insubordination, and disregard for the chain of command.

Board Member #2: Sergeant Hollister, let me make this clear for you. Did you or did you not warn residents of this community about our joint operation with ICE?

Board Member #1: Bill, you jeopardized 30 million in federal grants.

Board Member #2: Who the hell do you think you are, Sergeant Hollister?

Hollister: I'm a lawman. Never took a dime. Never put my hands on somebody unless I had to. Never pulled the trigger when there was another way. You wanna hunt gangsters, human traffickers? Well, I'm your huckleberry. But you're asking me to drag families from their homes so you can eat from the federal trough. When did you lose your way, Jerry?

Board Member #1: At least I know what century it is.

Hollister: Well, I swore the same oath he did. I didn't swear it to you. I swore it to them. And I don't give a pinch of dry turd how those folks got here. We're all immigrants. I gave my word I'd protect them. Even if it's protecting them from you. Here's the deal. You can tell Sheriff Bradford if he wants my star, he knows where to find me.

Wouldn’t a law man follow federal law and cooperate with ICE? Wouldn’t he acknowledge that it’s not about “eat[ing] from the federal trough" but protecting people?

In case the show doesn’t hit viewers over the head hard enough how ICE is to be viewed, as sheriff, Hollister cancels deputy involvement in an ICE raid, a move which stuns the media, angers deputies, and pleases his security detail, Breanna Bishop (Bex Taylor-Klaus):

Hollister: All right. Everybody, bring it in. We're gonna have a little chat. Now, this isn't a political statement. It's just the opposite. And I respect that you have a job to do. But ours is different. And people need to know it, regardless of how they got here. Because if they're afraid to come to us for help, then we're gift-wrapping about a million victims for every bad guy in town to prey on with total impunity. I'm sorry, but I'm canceling this operation. Deputies, you're dismissed.

Hollister: Look, I don't blame you for being pissed, Jerry. You come to me with specific targets. But we are not taking part in any round-ups. Not while I'm sheriff.

Breanna Bishop: You're like the Ned Stark of the LA Sheriff's Department.

Bishop: Not a Thrones fan?

Hollister: Never got through the first season. Ned’s the hero, right?

Oh, Deputy, please don’t try to be cool by appealing to viewers with Game of Thrones references. Your 30 percent Rotten Tomatoes score suggests you’re anything but cool. Let's hope this show goes the way of Ned Stark.