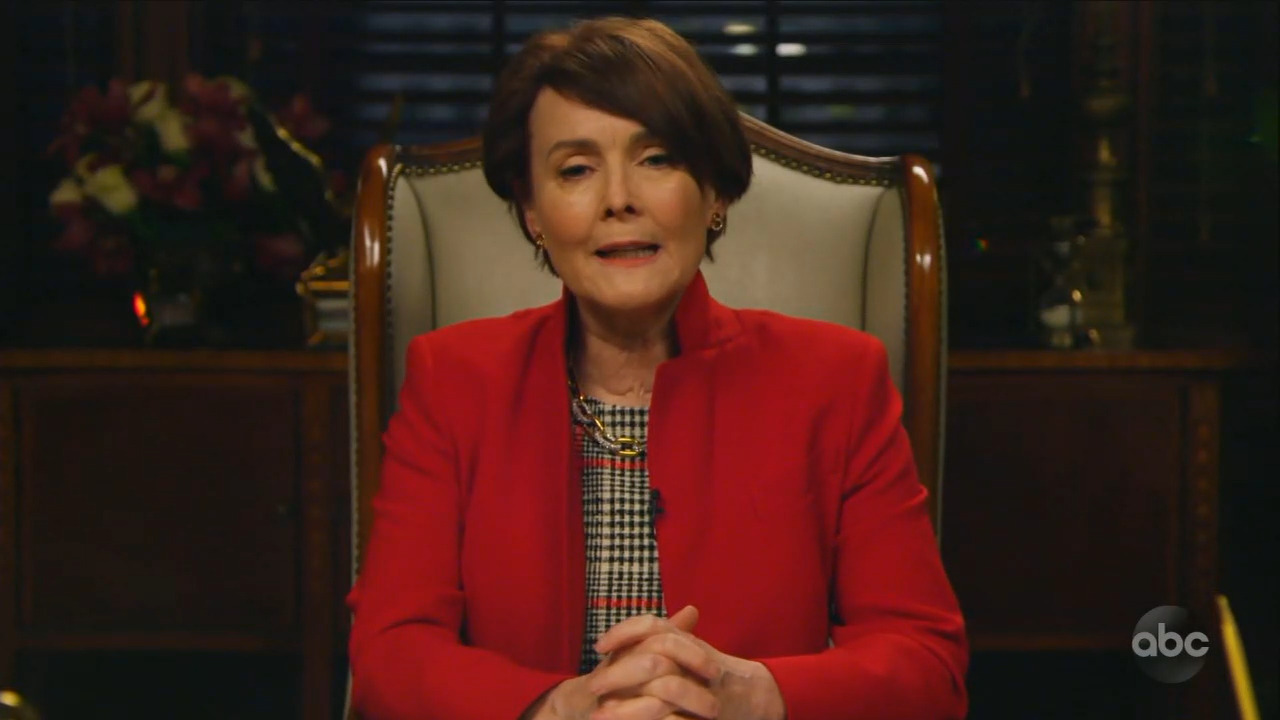 For weeks, How to Get Away with Murder's Annalise Keating (Viola Davis) has gone toe to toe with Governor Lynne Birkhead (Laura Innes), the conniving Republican governor who is determined to bring Annalise down through blackmail, deceit, and, even murder.

In previous episodes, Governor Birkhead even made a joke about Annalise considering working with her on criminal justice reform, despite the horror of Governor Birkhead being a Republican. This power struggle for the upper hand all came to a head on February 28, during the fifth season finale, in "Please Say No One Else Is Dead," which will be spoiled below.

To further add to the stereotypes, Governor Birkhead is a Christian, as she has Annalise meet her at a church, and says, "Look at where we are, Annalise. This is who I am." "Since when is blackmailing me something Jesus would do?" Annalise responds.

As she tries to reason with Annalise, Governor Birkhead tells her that "God knows that [she's innocent], even if you don't," which Annalise sees right through. "I don't know what's more fake, you or those phone records," she tells the governor.

Working with Xavier Castillo (Gerardo Celasco), the dangerous older brother of Laurel Castillo (Karla Souza) to get to Annalise, Governor Birkhead, feels forced to execute "Plan B" by the end of the episode, claiming they've been left no choice. What follows is a calculated address from the governor's desk, complete with eye rolling moments referencing "fake news," blaming the FBI (gee, sound like anyone we know of?), and the governor assuring Pennsylvanians of her truth.

Governor Birkhead: Good evening, my fellow Pennsylvanians... As many of you know, news reports have stated that the FBI has been investigating my office regarding the deaths of Nathaniel Lahey Senior and D.A. Ronald Miller. While I can confirm those reports are true, I can also assure you, without a shadow of a doubt, that these allegations are nothing more than lies. I, therefore, have no other choice but to speak my truth to all of you here tonight. While I've respectfully let the FBI do their work for the past few weeks, I've now lost faith in the impartiality of their investigation. This is a smear campaign, as fake as fake news gets...

The governor goes on to say that "the FBI is refusing to tell the public is that there is another person of interest in both Mr. Lahey and D.A. Miller's murders. This individual has been protected by a powerful law firm. I can only guess that this is why the FBI's ignoring the damning evidence I've personally seen with my own eyes..." and she accuses Emmett Crawford of the murders.

That same man is then shown having been poisoned. This governor means business - the evil, white, Christian, Republican lady that she is.