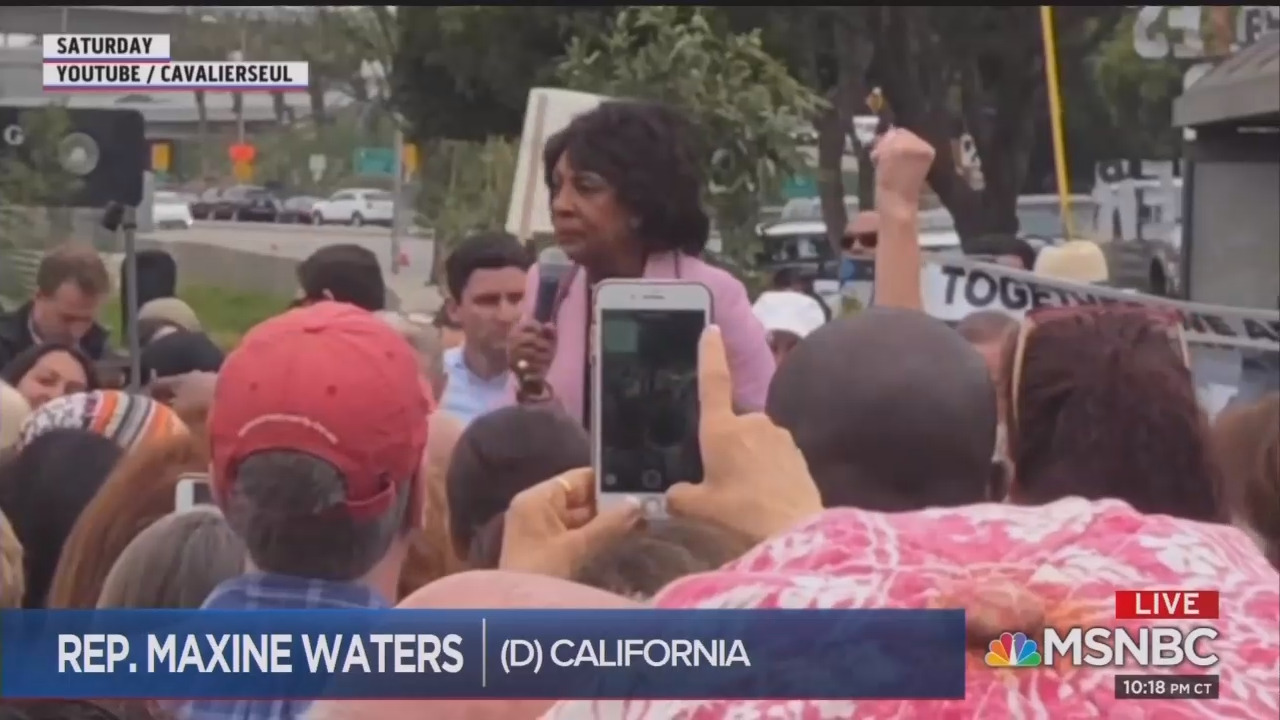 Publicly shaming and harrassing Trump’s cabinet is increasingly becoming popular among the liberal left. The left thinks it should happen more often.

Maxine Waters, the California Representative who told supporters “if you see anyone from the cabinet in a restaurant” they should “get out” and “create a crowd” has given a “voice and perhaps legitimacy” to “accosting members of his team in public places,” according to Sam Wolfson, journalist for The Guardian.

Although the “morality” of these encounters are being debated, on both sides, they give a “feeling that those who chose to work with Trump are not welcome in many parts of society”, which is “exactly what Waters was advocating.”

Wolfson claims that “addressing members of the cabinet or leading Republicans directly,” especially if it is caught on camera is “a near certain way to ensure a protest makes an impact.” Markos Moulitsas, founder of Daily Kos and author of The Resistance Handbook: 45 Ways to Fight Trump agrees. To Moulitsas, harassment “isn’t just useful, it’s a moral imperative.”  The Republican Party “has surrendered to the Russians, encourages white supremacists and Nazis, separates families, and lock up children in cages” this is why “none of them should ever be allowed to have a peaceful meal in public.” Liberals “have no choice but to turn them all into pariahs, now and forever in the future.”

Emma Gray, the author of A Girl’s Guide to Joining the Resistance and senior reporter of women's issues at Huffington Post, “agrees that this is a positive way to protest” claiming that “we’re way past hand-wringing over ‘civility in a democracy’ when basic human rights are at stake.” There is “nothing ‘civil’ about stripping away women’s access to reproductive healthcare or ripping children away from their parents at the border.”

Many public figures on the left believe that “excluding Trump officials from public is a powerful political tool” and “it's up to Trump’s officials to decide whether destroying other people’s lives is worth the public shame.” Because Moulitsas says “they are literally killing people in many cases” they should not be “treated like royalty.”

The Guardian, of course, couldn’t be bothered to ask Moulitsas exactly who’s getting killed. That would complicate his otherwise pristine outrage and take the edge off this piece of #resistance propaganda.