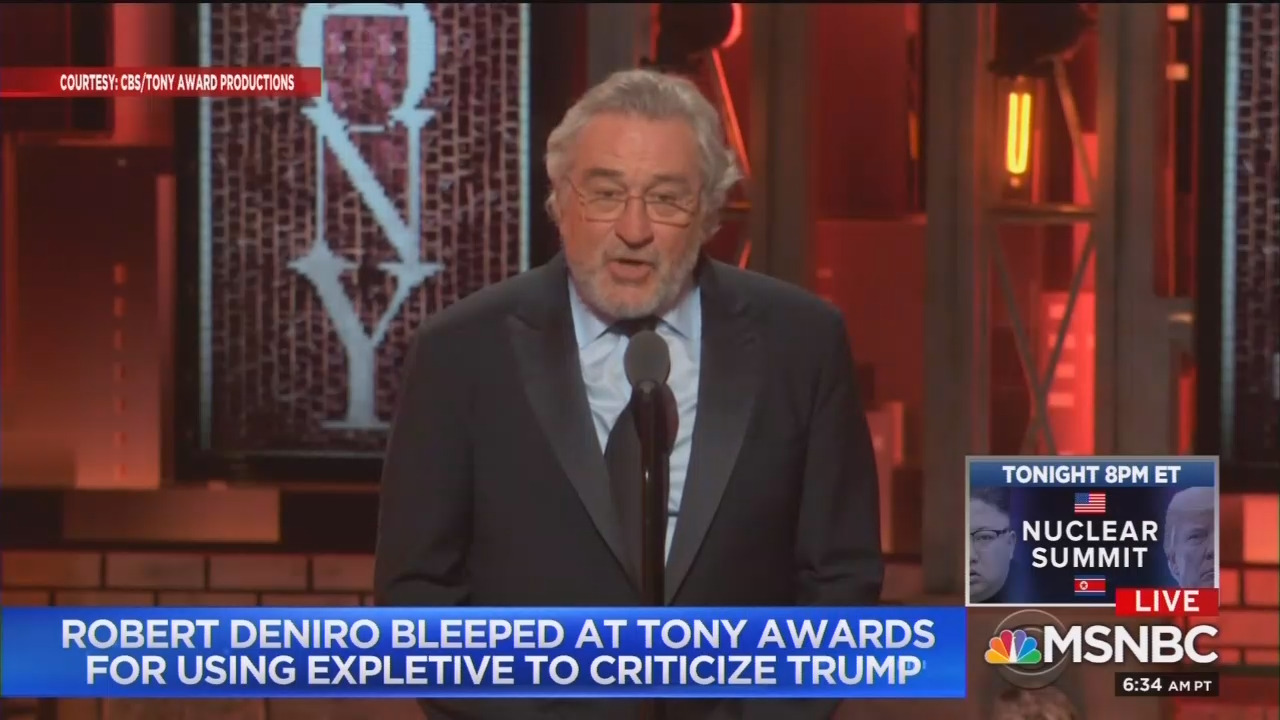 Hollywood has lost its collective mind.

During the 72nd Annual Tony Awards, on June 10, Robert De Niro stood before a live audience and CBS cameras. Before introducing Bruce Springsteen, the actor announced , “I’m going to say one thing, fuck Trump!” He continued, “It’s no longer down with Trump. It’s fuck Trump.” Because what is an award show without vulgar, smearing politics?

Almost instantly, celebrities took time out of their busy schedules to praise De Niro on Twitter.

Kathy Griffin, who gained national outrage last year for holding a severed head of Trump tweeted, “The Fuck Trump Club” showing a photo of her and De Niro.

Star Wars actor Mark Hamill asked his millions of followers, “How to get a STANDING OVATION at the Tonys?” answering with, “Give the people what they want … always a crowd pleaser!!! #speakingTruthToPower #TuckFump”

Rosie O'Donnell said that it was the “Best moment ever” using #fuckTRUMP.”

Lizz Winstead said that a lot of people needed to hear De Niro’s opinion of Trump saying, “Reminder: While #MorningJoe was still normalizing Trump, having him on everyday, people were working hard trying to show Trump was evil.  #DeNiro didn’t help elevate Trump, but your show did. A LOT of people needed the raw catharsis #DeNiro gave #FUCKTRUMP”

Goes to show that Hollywood elites are more than willing to publicly hate on the President instead of suggesting real change. Wonder what their reactions would be if someone said that about Obama.