Progressives, is your virtue signaling life lacking zing? Struggle sessions getting too easy and predictable? Don’t give up. USA Today is coming to the rescue with a new victim group you can ally with: pedophiles. 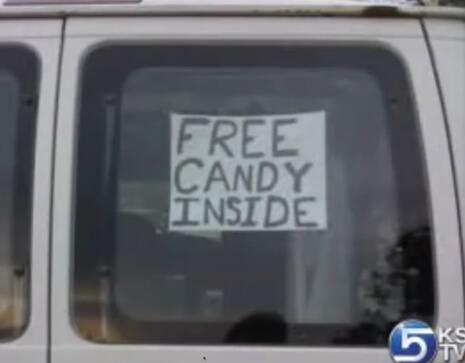 Really. “Wellness Reporter” Alia E. Dastagir writes that “Pedophilia is viewed as among the most horrifying social ills. But scientists who study the sexual disorder say it is also among the most misunderstood.”

Most normal people assume pedophilia is “synonymous with child sexual abuse.” But, as usual, we’re small-minded bigots. For her part, Dastagir follows the science: “Researchers who study pedophilia say the term describes an attraction, not an action, and using it interchangeably with ‘abuse’ fuels misperceptions.”

If we’re to avoid hurting pedophile feelings, we should listen to clinical psychologist James Cantor, who stresses "Pedophilia is the attraction to children, regardless of whether the (person) ever ... harms."

What’s more, Dastagir says pedophiles were born that way. “One of the most significant [new] findings is that scientists who study the disorder say pedophilia is determined in the womb, though environmental factors may influence whether someone acts on an urge to abuse.”

So they’re just as God made them. And, says Dastagir, “environmental factors may influence whether someone acts on an urge to abuse.” so that’s kind of not their fault either.

So there really are no bad guys here, right? Well, there are, according to psychologist and “internationally recognized expert” Anna Stater, their not, strictly speaking, the pedophiles.

So they’re just evil, and so are pedophiles who don’t control themselves. "Pedophiles may not have control over the fact that they are attracted to kids, but they are responsible for whether they do or don't act on it."

You know where this all is going, right? Good enlightened progressives should never want to marginalize anyone, which is why they take seriously the insane claims that men are women, women are men, and some folks are non-binary, pan-sexual toasters.

So why shouldn’t they show the same embracing nature to people who were born with an urge to do creepy stuff with 4th graders?

And sure enough, Dastagir cites Allyn Walker, “an academic at Old Dominion University … who talked about ‘destigmatizing pedophilia’ and referred to pedophiles as ‘minor-attracted people.’” Walker argued that “destigmatizing the attraction would allow more people to seek help and ultimately prevent child sexual abuse.”

Just like destigmatizing abortion got us less abortion, and normalizing transgenderism got us …

The afore-mentioned Cantor “said there's no treatment that can turn a pedophile into a non-pedophile, pedophiles can be taught self-control and compensatory strategies … He argues that pedophiles need to be able to access therapy, which can be difficult since those afflicted may be ashamed to seek help or worried about being reported to the authorities if they do.

We were told that poor gender-confused kids need trans-specific help, only to find out there’s a thriving industry of activist medicos eager to encourage every delusion in their heads and put them on hormone blockers.

But, by all means, let’s trust these experts.