No Bangs for Bucks: San Francisco Paying Criminals to Not Shoot Others 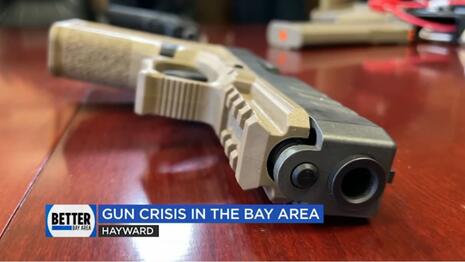 It’s another great idea from San Francisco, the city that brought you Needles from Heaven and the All-You-Can-Loot Walgreens.

According to Newsweek’s Andrew Stanton, the City by the Bay wants to buy some law and order in it’s black neighborhoods. So it’s going to “pay people at high risk of shooting someone not to pull the trigger to help alleviate rising gun violence in the city.”

(“ … at high risk of shooting someone …” Yes, this is Newsweek and Stanton probably ingested thousands of words of lefty activist-speak in preparing the article, but why torture the English language like that? “Those prone to violence” would do. “Gang members and criminals” would be better. “Sociopathic thugs” best of all.)

The ransom comes from The Dream Keeper Fellowship, which Stanton says is part of the “Dream Keeper Initiative, which is San Francisco's effort to redirect funding into the Black community.”

It will “pay 10 individuals $300 each month to not be involved in shootings, Sheryl Davis, executive director of the Human Rights Commission, told Newsweek in an interview Tuesday.”

So don’t get caught shooting anybody and you got some Great work if you can find it.

“The program aims to get to the ‘root causes’ of violence, ‘which in so many ways are economic,’ according to Davis.”

Why hasn’t anybody thought of shoveling cash into crime-ridden neighborhoods before? Oh. They did. So this is just good money after bad. But don’t worry, it’s got all kinds of activist industrial complex bells and whistles attached.

Davis said, “It's not necessarily as cut and dry as folks may think. It’s not as transactional as, ‘Here’s a few dollars so that you don’t do something bad.’” Stanton explains:

Participants will be paired with life coaches from the city's Street Violence Intervention Program and will be considered "community ambassadors" who work to prevent violence. They will work on their professional, personal, and community development and will be thought of as "partners" in engaging community members and decreasing violence.

And honestly, what teen or 20-something guy doesn’t covet the “community ambassador” title. Do they get to wear a sash?

And the incentives don’t stop with farcical hall monitor status. “There are opportunities for participants to earn an additional $200 each month as they work to improve their community, Says Stanton. Well, it’s San Francisco, so, picking up the needles and hosing the poop off the sidewalk would be useful. But no, “Some ways they can earn more are by working, going to school and even being a mediator in situations that could lead to violence.”

Gotta love that last one. Do they invoice the city every time they mediate a dispute in a drug deal?

Most of us manage to get through the average month without committing a violent felony and we don’t see a dime from the government. Guess we’re suckers.