You thought journalism was hurting? Not at all. Consider: a pandemic is raging, businesses are being starved by lockdowns, and a whole lot of people don’t believe the results of the presidential election. But back on Nov. 24, USA Today had the resources to devote 2,300 words to gay actors complaining about straight actors getting too many queer roles. 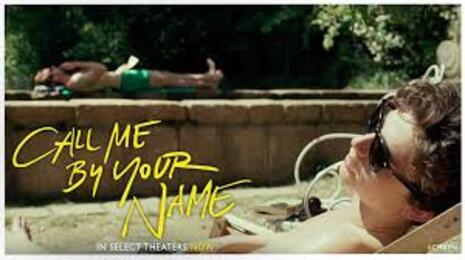 Not that the problems of a self-obsessed subset of an insular and frivolous industry aren’t fascinating. Who among us can’t say exactly what we were doing when we heard the news that Selena Gomez was going to play a lesbian mountaineer?

USA Today’s David Oliver laid out the problem: “All actors should be able to play all roles, in theory, but actors and industry experts are speaking out about the need for queer and transgender actors to play roles that represent these communities.”

And the need is “urgent.” Oliver quoted journalist Tre'vell Anderson, “who is [redundantly] queer and transgender” saying saying both the queer and trangender problems need to be addressed ASAP:

"All of those issues are important to me at once, and I think that we can advocate for all of them at once because ultimately we want our media to be an accurate reflection of the world in which we live," they say.

And nobody really wants accuracy. Oliver cited numbers from GLAAD: in 2019, 18.2% of major studio releases included characters that were “lesbian, gay, bisexual, transgender and/or queer.” And, “On television, LGBTQ characters are projected to represent a record high of 10.2% of series regulars on prime-time scripted broadcast series.”

LGBT people make up 4% of the population. What they’re shooting for is over-representation. Yet Oliver lamented “the scarcity of roles available for out LGBTQ actors to play LGBTQ characters.” He quoted a “gender and sexuality studies professor” who says, “It would be nice if there were enough LGBT roles that anyone could play them because there wasn't any scarcity of representation, However, that’s not the case.”

It’s a real dilemma. You have too many queer actors in an industry that’s already pushed queer content and characters well beyond any semblance of realism.

And the individual stories are harrowing: A gay actor who laments Hollywood's hypocrisy “in that many attend fundraisers for the community but fail to tell LGBTQ stories with LGBTQ actors.” Or the transgender actor who “rarely gets the chance to audition for cisgender characters.”

Heartbreaking? Indeed. But as long as there are journalists like David Oliver and brave news outlets like USA Today, these victims will have a voice.